Latino Americans: 500 Years of History is a six-hour documentary that explores the unique and vibrant history of Latinos throughout the last five decades. The documentary was produced by the National Endowment for the Humanities (NEH) and the American Library Association (ALA) and airs on PBS.

This year, the San Antonio Public Library has been awarded a competitive Latino Americans: 500 Years of History grant from the National Endowment for the Humanities (NEH) and the American Library Association.  As part of the grant, the Library will provide public programming – such as public film screenings, discussion groups, oral history initiatives, local history exhibitions, multi-media projects or performances – about Latino history and culture. The library will also screen episodes of the six-part documentary film “Latino Americans,” created for PBS. The award-winning series chronicles the history of Latinos in the United States from the 16th century to present day.

This traveling exhibition presents images from the history of Latino publishing 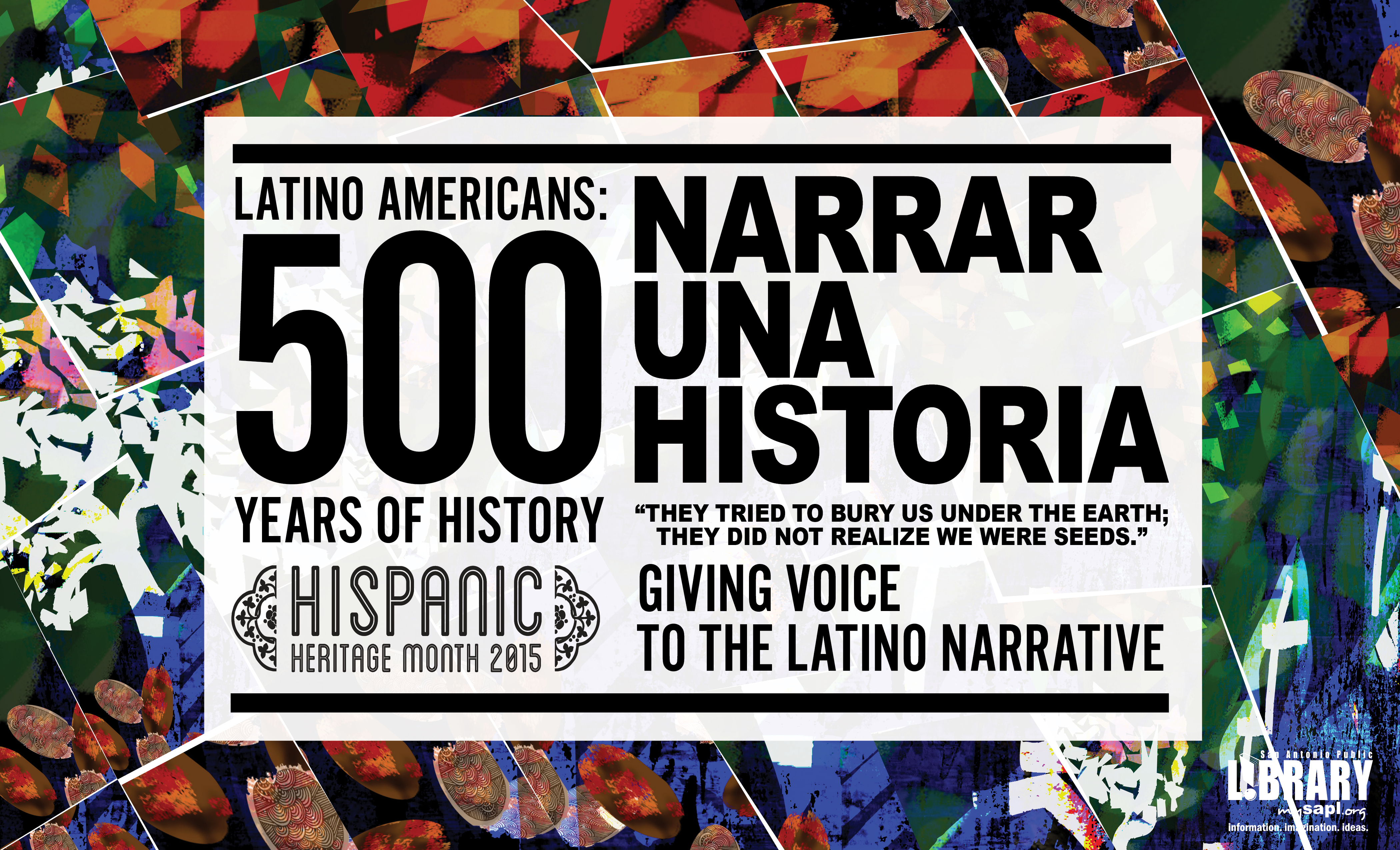 Carolina Quiroga-Stultz, award-winning bilingual Colombian storyteller and member of the San Antonio Storytellers, will bring to life historias from the vast tapestry of captivating myths sprung from indigenous Central and South America, their vibrant cultures and their conquest.

Ben Olguin, Ph.D. - former boxer, poet, author, and professor of Chicana/o Literature at UTSA - will present his testimonial poetry, bearing witness to the ongoing struggles of Latinos in America and abroad, from his personal experiences as a child raised in the fighting ring to the Cuban Revolution.

Before and after the program guests can enjoy listening to live music from Los Inocentes and view the Voces Americanas: Latino Literature in the United States exhibit. 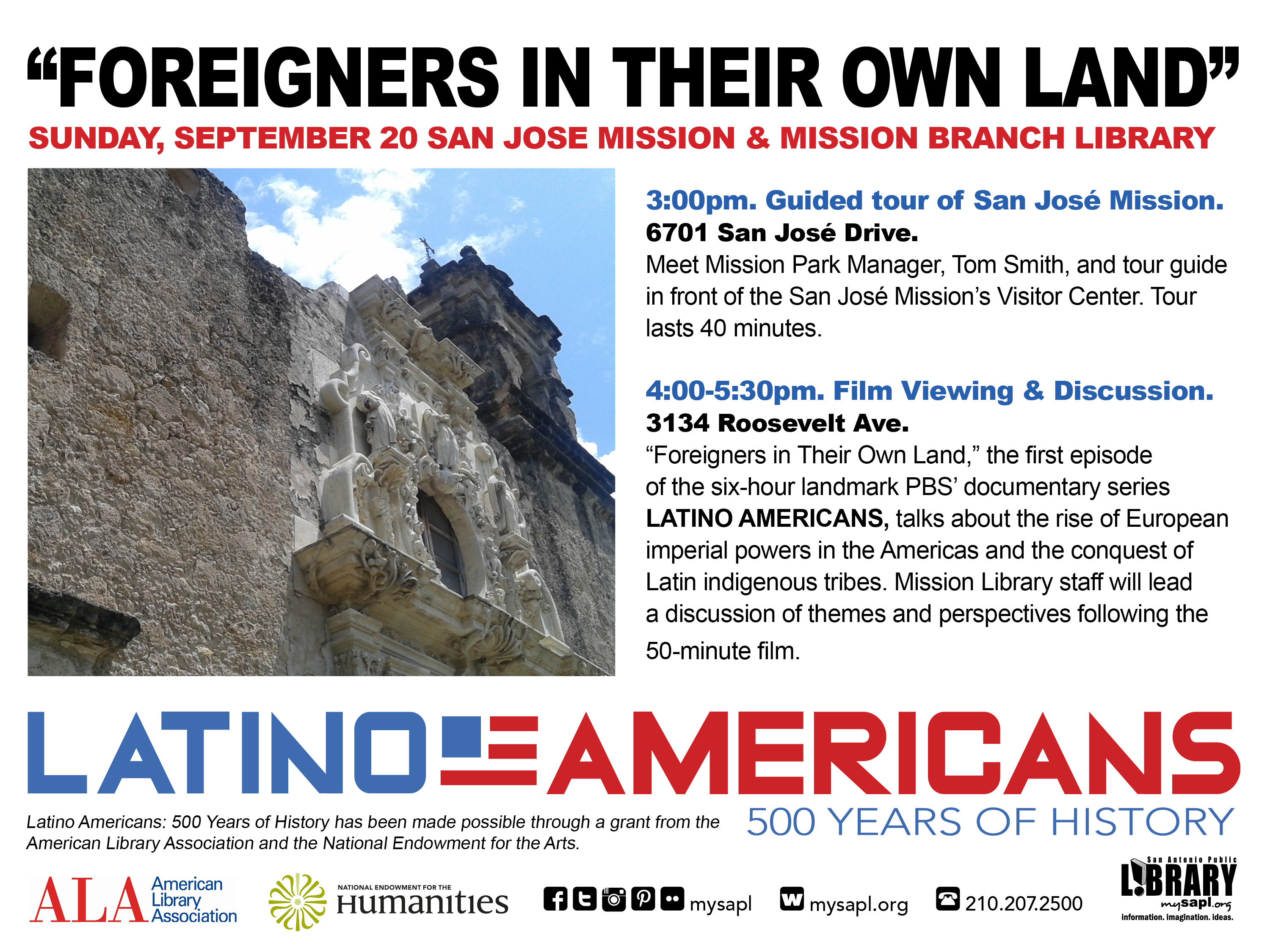 4 pm: Film Viewing and Discussion (Mission Library)
"Foreigners in Their Own Land," the first episode of the six-hour landmark PBS documentary series Latino Americans, talks about the rise of European imperial powers in the Americas and the conquest of Latin indigenous tribes. Mission Library staff will lead a disucssion of themes and perspectives following the 50-minute film. 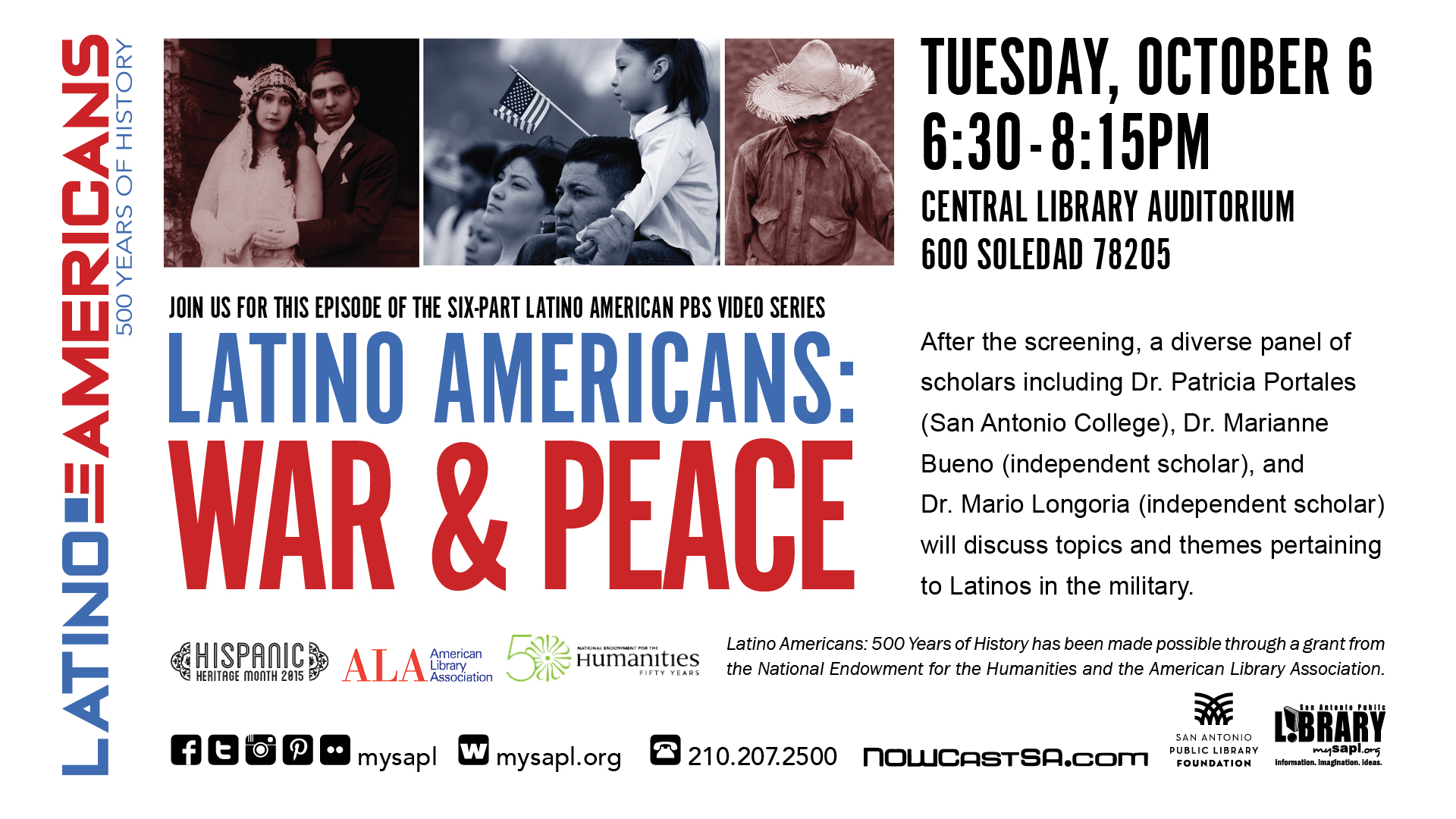 After the screening of "War and Peace" a diverse panel of scholars that will include: Dr. Patricia Portales from San Antonio College, Dr. Marianne Bueno an independent scholar, and Dr. Mario Longoria also an independent scholar will discuss and elaborate on several topics and themes as it pertains to Latinos in the military. 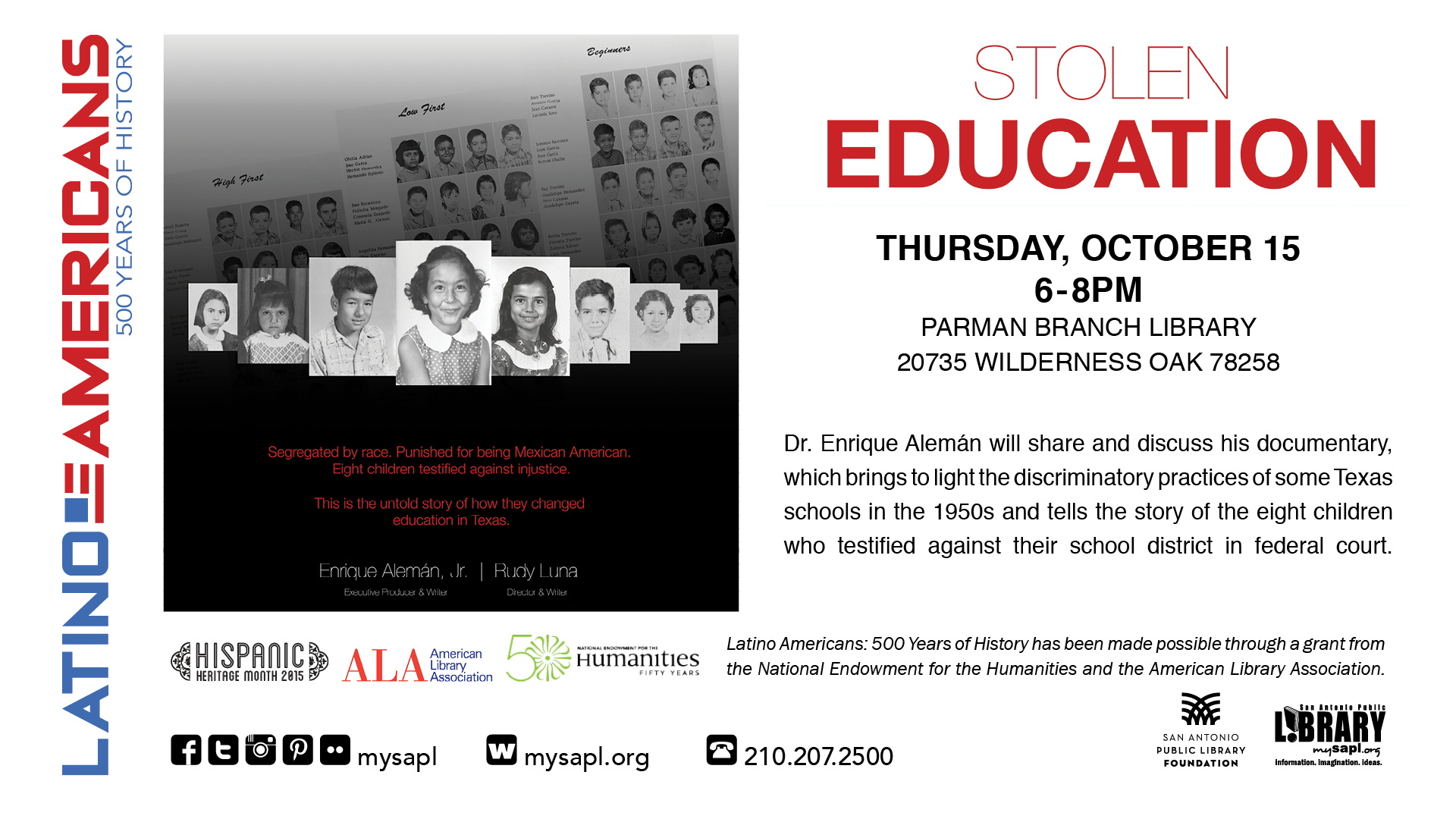 Dr. Enrique Alemán will share and discuss his documentary Stolen Education. Stolen Education brings light to the discriminatory practices of some Texas schools in the 1950s. Mexican-American children were regularly held back and falsely labeled as underachieving academically. Eight children testified in the federal court case Hernandez et al. v. Driscoll Consolidated Independent School District and share their personal accounts in this film.