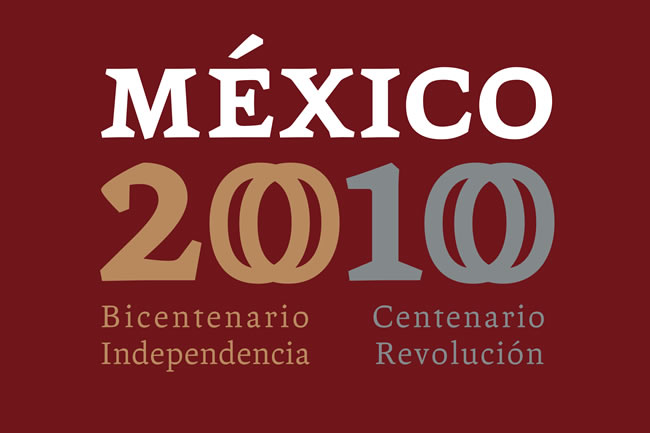 Year of the Nation

September 15, 1810 is the day of the "Grito de Dolores" or Miguel Hidalgo's call to take up arms against Spanish colonial government. The start of the Mexican Revolution is celebrated November 20, 1910, when Francisco "Pancho" Villa and Pascual Orozco led the first insurrectionist attack.

Events and other promotions of these celebrations are designed to the linking Mexico's identity and historic continuity.

During a speech at the inauguration of the Casa de Allende (Allende's House) Historic Museum, Felipe Calderón called upon Mexico to use the upcoming anniversaries to reflect on where the country has been and to think about what kind of Mexico descendents will inherit in the future. He said the vision of the insurgents of the War of Independence was forward, not backward, so every celebration of these past events must consider the future as well.

In the Zocalo (main square) in Mexico City a large digital clock is counting down to the September 15, 2010 and  November 2010 dates. Similar countdown clocks are located in the cities of Cuernavaca, Tlaxcala, Chilpancingo, Tepic, Nayarit. and all the capital cities of the 31 states.