Get fit and celebrate your love of all things geek with our FANDOM MARATHON!

Finishers will receive this medal available only at Central Library (while supplies last). YOU MUST PICK UP YOUR MEDAL IN PERSON.

Here is the list of where you can pick up fandom buttons. For every two miles you earn a button. Buttons will be available at these locations beginning May 7.

District 4: Lord of the Rings

Doctor Who, Lord of the Rings, Marvel/DC, Pokemon, Schitt$ Creek, Star Trek, Star Wars, Studio Ghibli, Super Mario, and Supernatural! Find out where you can pick these up on the left. More about each Fandom and links to library books, movies and TV shows below.

Doctor Who chronicles the adventures of an eccentric time-traveling scientist from the remote planet Gallifrey, home of the Time Lords. Time Lords possess the ability to regenerate themselves when near death. Their reincarnated forms appeared as different people, although they retained the same memories and skills. The Doctor, a Time Lord himself, travels through time and space in his unique craft, the TARDIS. With an interior larger than its exterior, the TARDIS could take on various shapes to blend into its environment. Although capable of whisking the Doctor and his passengers to any time and any place in the universe, the craft was frequently parked on Earth in the form of a blue police box. Whether in England or in the far reaches of space, the Doctor and his colleagues battled a multitude of evils, including robots, monsters, and a twisted Time Lord.

The Lord of the Rings is possibly one of the best-known fantasy series out there, and has inspired multiple adaptations into animated and live action film. The novels follow Frodo, a hobbit from Hobbiton, who is burdened with a harrowing task: carry the Ring of Power to Mt. Doom, and then throw it into the fire there to destroy it, thus destroying one of Sauron’s greatest tools. It’s a story of destiny, the importance of friendship, and a world on the brink of change.

Marvel and DC are both franchises that tell the stories of various superheroes fighting the forces of evil through comics, movies, TV, and games. Marvel characters include Iron Man, Captain America, Spiderman, Hulk, Thor, and Captain Marvel. Well known DC heroes include Superman, Batman, Wonder Woman, Aquaman, and The Flash.

Pokémon, which stands for pocket monsters, is a huge Japanese media franchise. The franchise was created by Satoshi Tajiri in 1995. Pokémon are fictional creatures that humans known as Pokémon Trainers catch and train to battle each other. Pokémon fandom grew from being a Nintendo Gameboy game to a Pokémon card game. This eventually led to Pokémon movies/TV series and Pokémon Go, a mobile downloadable game that millions play around the world. “Gotta Catch Em’ All!"

Schitt’s Creek is a TV show about filthy-rich video store magnate Johnny Rose and his family  who suddenly find themselves broke. They are forced to leave their pampered lives to regroup and rebuild their empire from within the rural city limits of their only remaining asset - Schitt's Creek, an armpit of a town they once bought as a joke.

Star Trek, began as a TV science-fiction series that ran for only three seasons (1966–69) but became one of the most popular brands in the entertainment industry. Despite only running for three seasons, fans continued to keep the series alive. This led to movies with the original cast and eventual a television show with an all new crew called The Next Generation. In subsequent years new television series were made including Deep Space Nine, Voyager, Enterprise, Discovery and Picard. Several movies were made with the TNG cast and eventually three movies were made featuring an alternate timeline with new actors as the original series characters.

Star Wars is an adventure set in space that tells the stories of characters "A long time ago in a galaxy far, far away". Humans, aliens, and droids across numerous worlds struggle against the forces of evil. A few of these creatures can use a mystical power called The Force, “an energy field created by all living things. It surrounds us and penetrates us; it binds the galaxy together." The Force gives a person special abilities such as levitating objects and being able to trick the minds of others. The Star Wars saga includes many genres including film, television, novels, comics, toys, and games.

Studio Ghibli is an acclaimed Japanese animation film studio that was founded in 1985 by animators and directors Miyazaki Hayao and Takahata Isao and producer Suzuki Toshio. Studio Ghibli is known for the high quality of its filmmaking and its artistry and includes such films as How’s moving Castle, Spirited Away, My Neighbor Totoro, and Princess Mononoke. 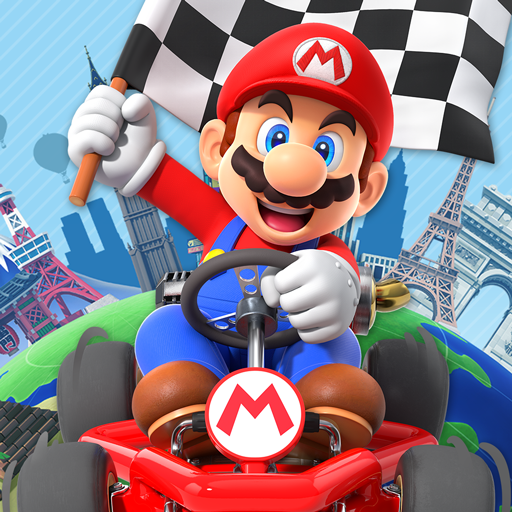 Super Mario Bros. is a  console game created by Nintendo Company, Ltd. in 1985 for the Nintendo Entertainment System. The game, which was based on the arcade game Mario Bros., helped launch one of gaming’s most popular franchises. It stars Mario and Luigi, two Italian plumbers who find themselves in the Mushroom Kingdom trying to rescue Princess Toadstool from the evil King Bowser. It is one of the best-selling game series, with more than 40 million copies sold. It also let to the creating of a cartoon and a live action movie.

Supernatural is the story of two brothers, Sam and Dean Winchester, who travel the US in their ’67 Chevy Impala killing monsters. “Saving people, hunting things,…the family business.” With the help of friends such as the angel Castiel and Crowley, King of Hell, the boys follow in their father’s footsteps hunting down evil supernatural creatures such as ghosts, demons, and even fallen gods while trying to save as many people as they can.