Pop Madness would like to recognize local author Joe McKinney. He was among the authors appearing at our convention in our very first year. We planned to ask him to attend our live event this year and was saddened to hear of his death. Below is his obituary and bio which appeared on the 2018 author guide. Joe will be missed. Who's going to fight in the San Antonio Zombie Apocalypse now? 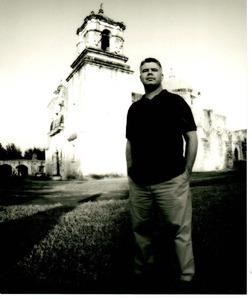 With great sadness, we announce the passing of Joe Clayton McKinney Jr., our dearly loved husband, father, son, brother, uncle, friend, and first responder. He will be greatly missed by his loving family, friends, and the community he served.

Joe was born September 22, 1968, in Cambridge, Massachusetts to Jennifer and Joe C. McKinney Sr. Joe passed away in San Antonio, TX on July 13th, 2021. He was an active member of the San Antonio Police Department, having served 22 years. He graduated from the Police Academy in cadet class 98A. As a patrol officer, he worked West Patrol B Shift and the Traffic Unit. In August 2006, he promoted to Detective, where he was assigned to Homicide, working with the Traffic Investigations Unit. In October 2016, he promoted to Sergeant and as of 2021, worked as the County Court Liaison.

He graduated from Trinity University in 1992 with a bachelor's degree in History and was a distinguished alumnus of Trinity. He earned his master's degree in English from UTSA in 2004. He met his wife, Kristina, while attending UTSA.

Joe's favorite pastimes were cooking, reading, and enjoying time with his family. He especially loved visiting southern Colorado with his wife and children as well as taking long walks and playing with his corgis. A lifelong learner, he had an insatiable desire for knowledge. A born storyteller, he was always ready to spin a tale, was very fond of "dad" jokes, and loved trivia and history. He loved to laugh and make others laugh.

Joe is survived by his wife, Kristina McKinney and their two daughters, Elena and Brenna, his parents, Joe Sr. and Jennifer McKinney, his brother Clayton McKinney (Kimberly), and several nephews and nieces. 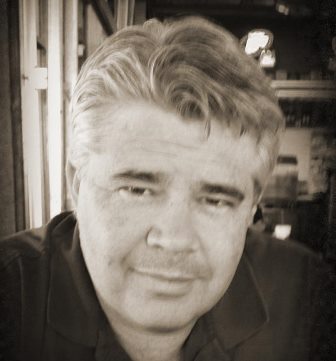 JOE MCKINNEY has his feet in several different worlds. In his day job, he has worked as a patrol officer for the San Antonio Police Department, a DWI Enforcement officer, a disaster mitigation specialist, a homicide detective, the director of San Antonio's 911 Call Center, and a patrol supervisor. He attended Trinity University, where he graduated with a Bachelor's Degree in American History, and went on to earn a Master's Degree in English Literature from the University of Texas at San Antonio. He published his first novel, Dead City, in 2006, a book that has since been recognized as a seminal work in the zombie genre. Since then, he has gone on to win two Bram Stoker Awards and expanded his oeuvre to cover everything from true crime and writings on police procedure to science fiction to cooking to Texas history. Joe and his wife Tina have two lovely daughters and make their home in a little town just outside of San Antonio.