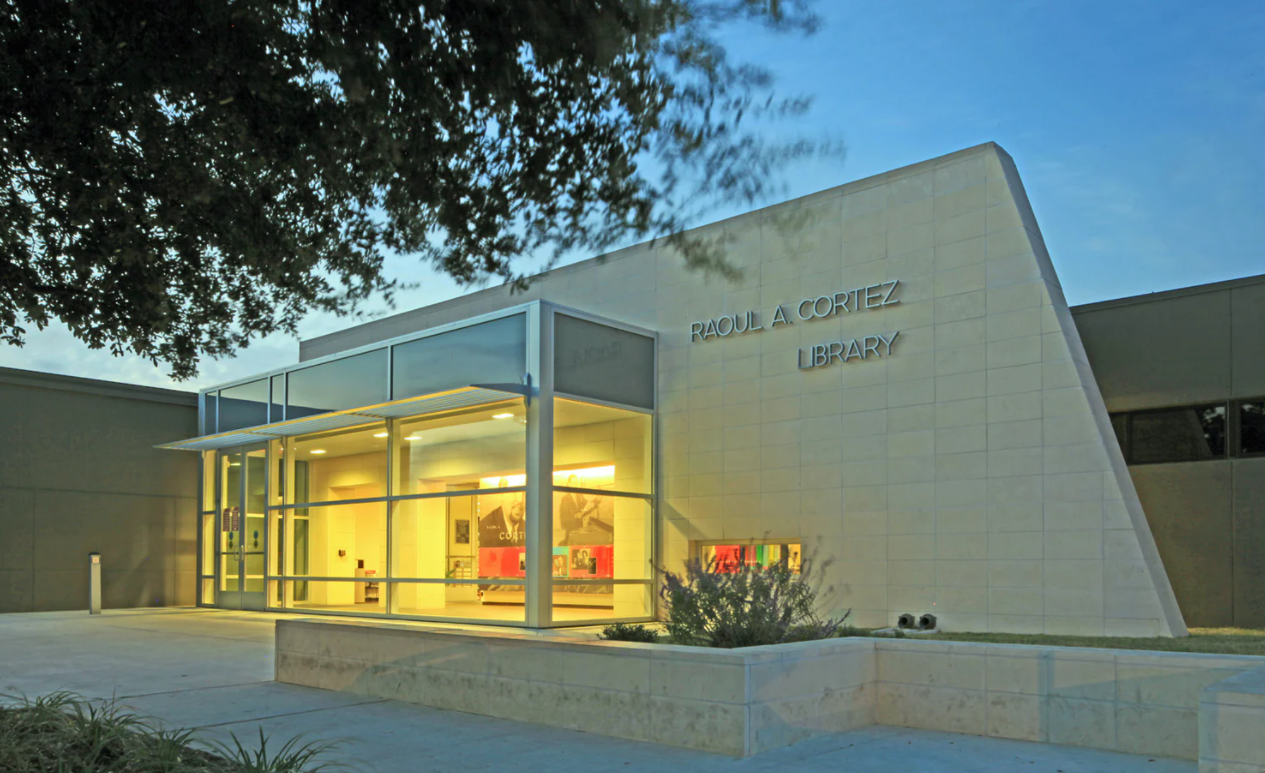 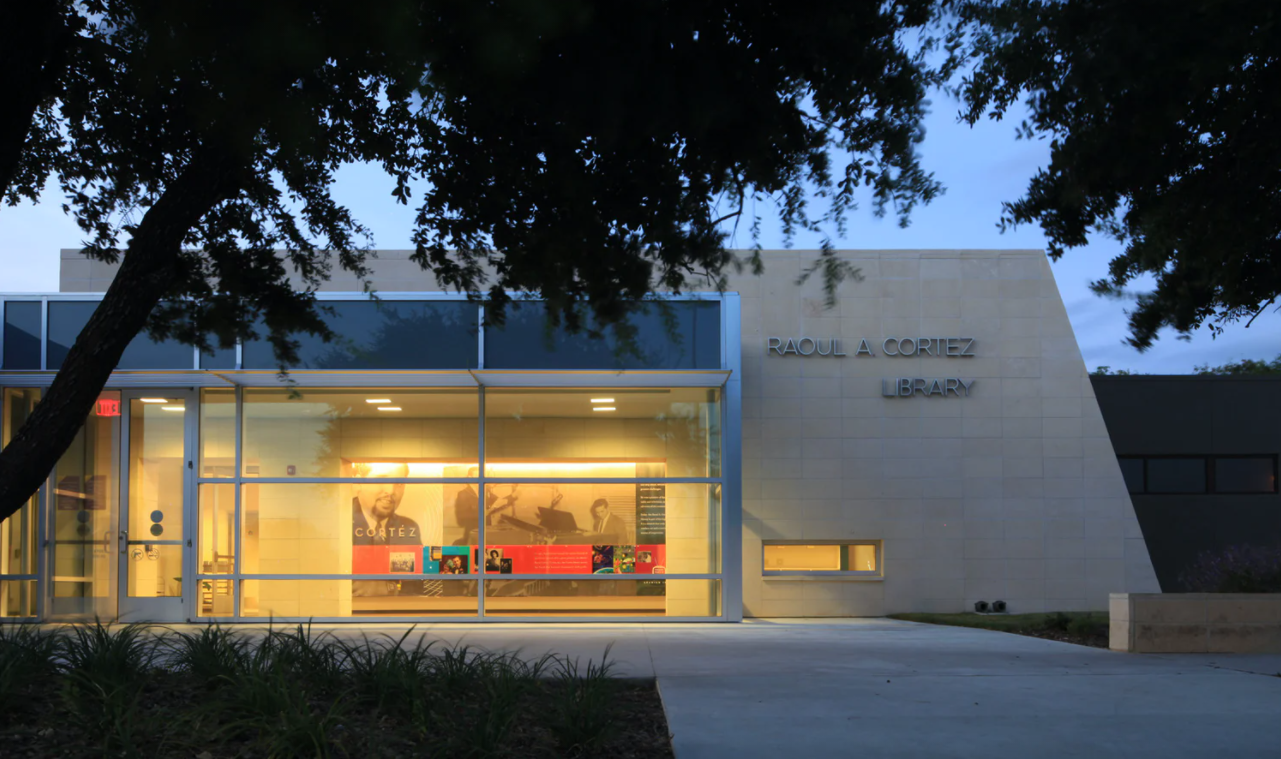 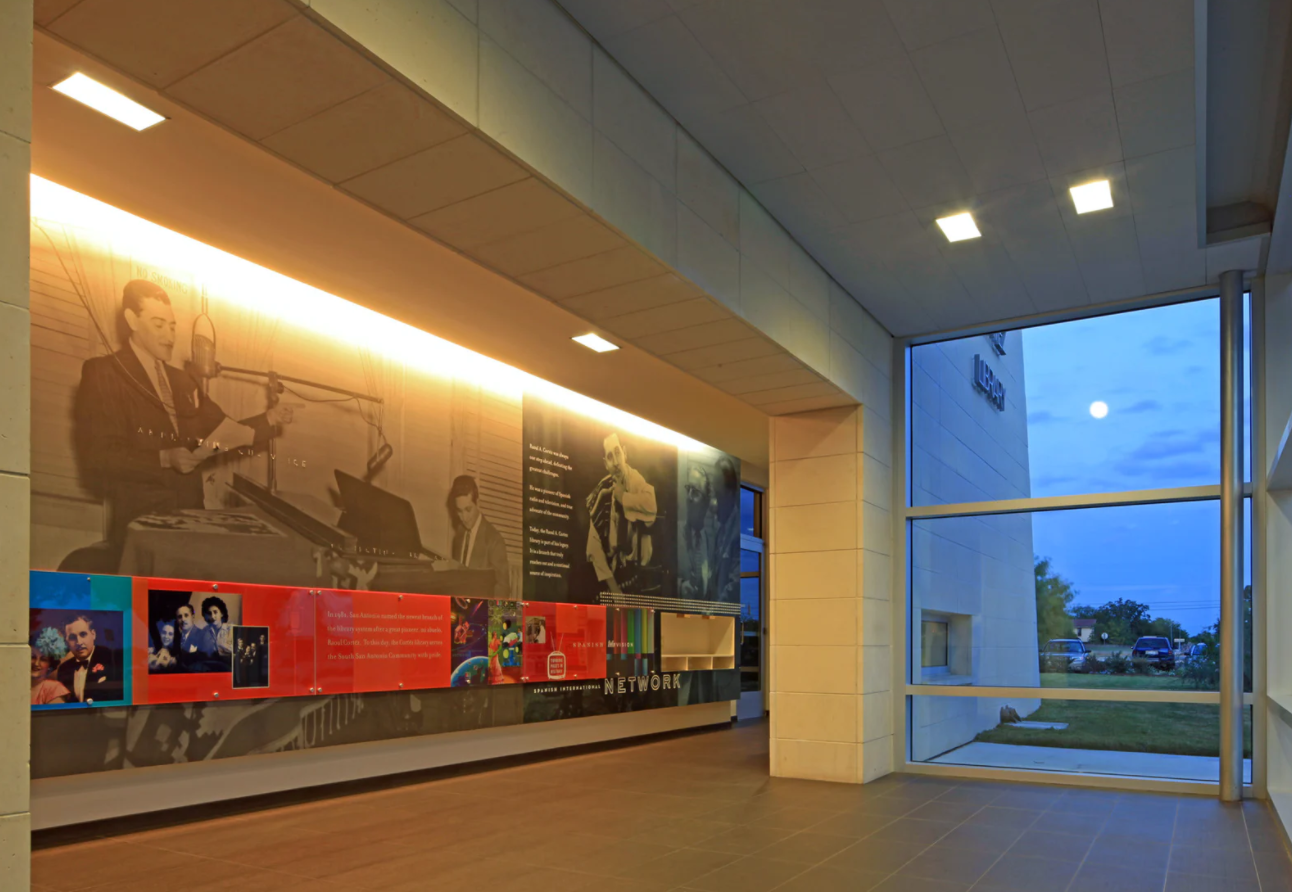 Alvidrez Architects, Inc. was responsible for the 2009 library addition seen in these photos.

The Raoul A. Cortez Branch Library opened in April 12, 1981 at a cost of $653,761, which was financed through the Community Development Block Grant (CDBG). The branch has since received several renovations and building improvements. In 1995, the branch acquired new lighting, paint, carpeting, handicap upgrades, and the installation of four new public access terminals funded through a 1989 bond.

In 2004, Guillermo Nicolas, grandson of Raoul A. Cortez, raised and donated money for interior and exterior improvement to the Cortez Branch. Mr. Nicolas organized a major landscaping project with 80 volunteers enlisted from partner KSTX public radio. The exterior of the building was transformed into a colorful xeriscape garden. In 2005, The San Antonio Library Foundation was awarded $50,000 through an AT&T grant to purchase new computers for the Cortez Branch.