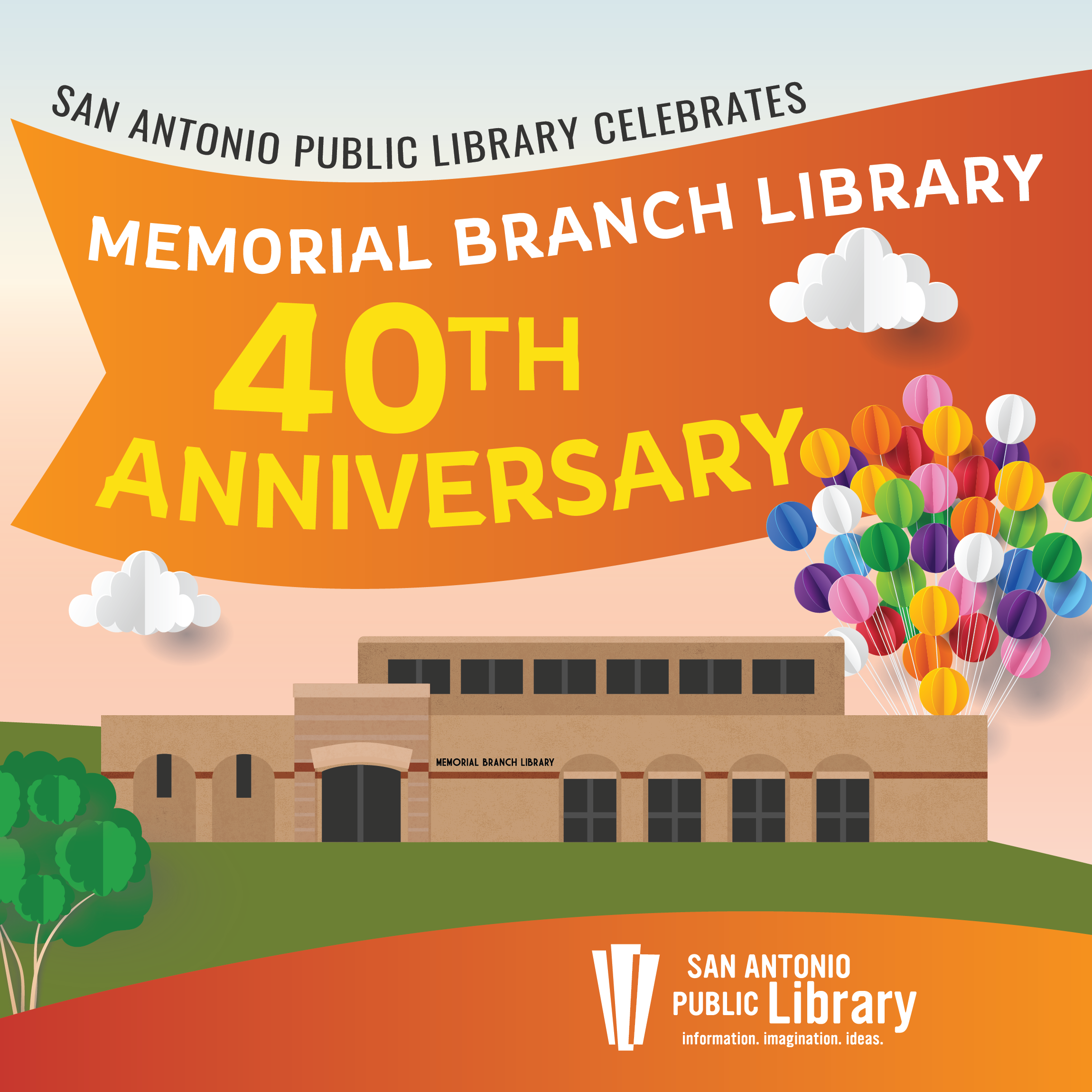 Memorial Branch Library opened May 4, 1981, on land that was originally part of a city park. It was SAPL's 11th branch. The group Communities Organized for Public Service (COPS) was instrumental in raising funds for the facility. The Library Board of Trustees had originally voted to name the branch for José Bernardo Maximiliano Gutiérrez de Lara, governor of the Mexican state of Tamaulipas and opponent of Texas independence. However, the neighboring community strongly requested that the name be changed to honor San Antonio’s war dead, and the Board subsequently voted to make that change.

In 1995, the building was renovated and enlarged. In 2011, the branch celebrated its 30th anniversary with a variety of programs, speakers, and activities. 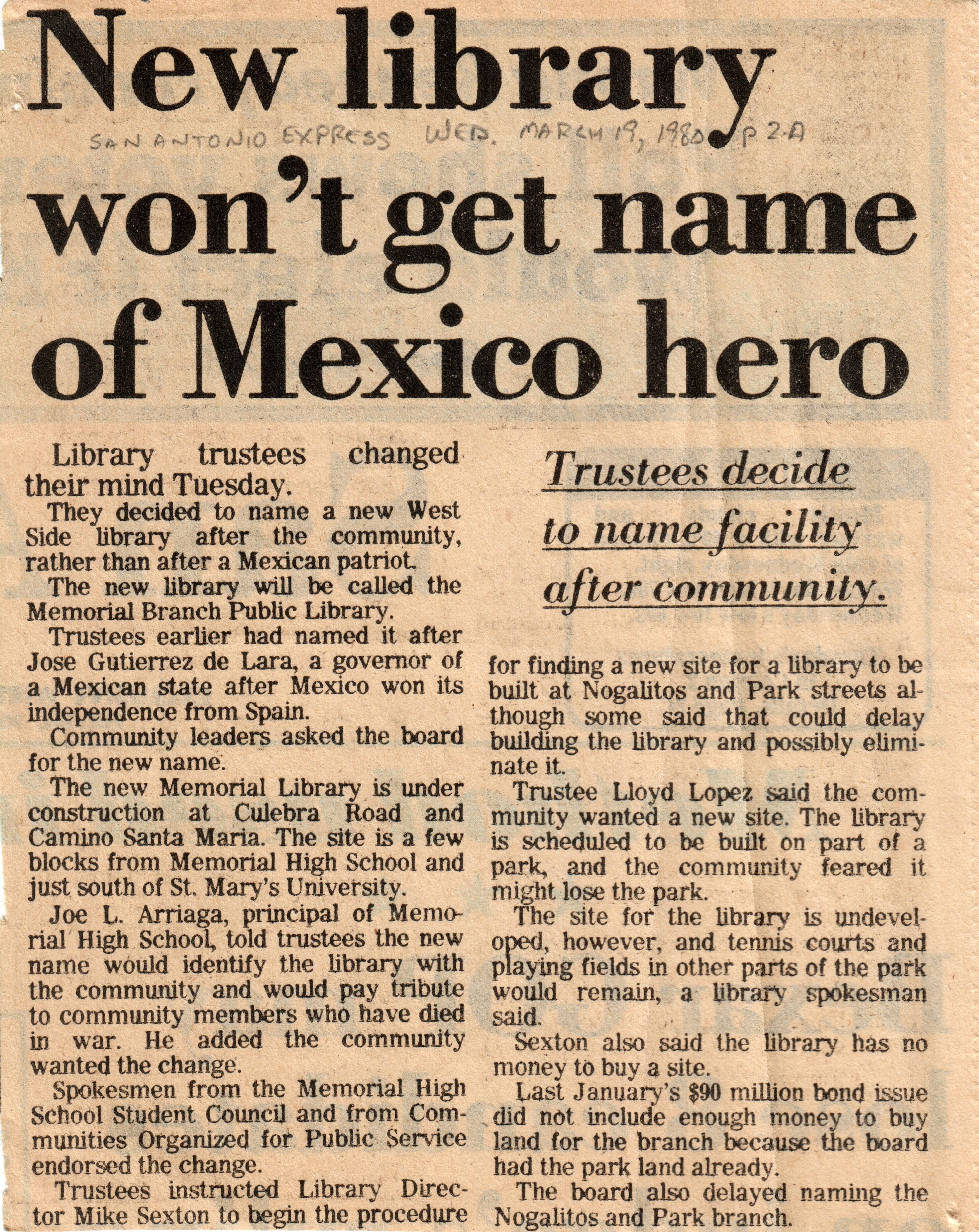