Classic, current and everything in between. Books etc. that explore and expand the legend.

The Kid Who Would Be King

Old-school magic meets the modern world when young Alex stumbles upon the mythical sword Excalibur. He soon joins forces with a band of knights and the legendary wizard Merlin when the wicked enchantress Morgana threatens the future of mankind.

Check Out The Kid Who Would Be King

Arthur in the Movies 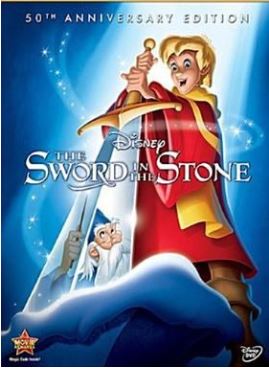 The Sword in the Stone

When England has no rightful ruler, a sword imbedded in a stone mysteriously appears in a London churchyard, bearing the inscription "Whoso pulleth out the sword of this stone and anvil is rightwise king born of England." Scores of would-be kings travel to London to attempt the feat and thereby claim the throne. They all fail. Years later, in the English countryside, an 11-year-old squire nicknamed Wart  is devotedly helping his incompetent foster brother, Kay, train to become a knight. He soon finds himself accompanying Kay to London for a jousting tournament that will determine England's new king. There, Wart forgets to bring Kay's weapon to the joust, but finds an abandoned sword in a nearby churchyard -- which he effortlessly pulls out of a stone. 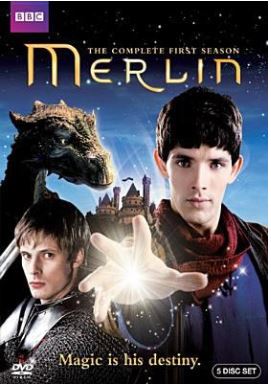 This action-packed fantasy-drama revisits the saga of King Arthur and his wizard, Merlin, by focusing on the two characters when they were ambitious young men struggling to understand their destinies. In this telling, Prince Arthur is known to be the heir to the throne (no sword from the stone here). And he is acquainted with all those who will one day form the legend of Camelot, including Lancelot, Guinevere, and Morgana. Merlin is also forced to deal with King Uther's Great Purge, which bans all use of magic.