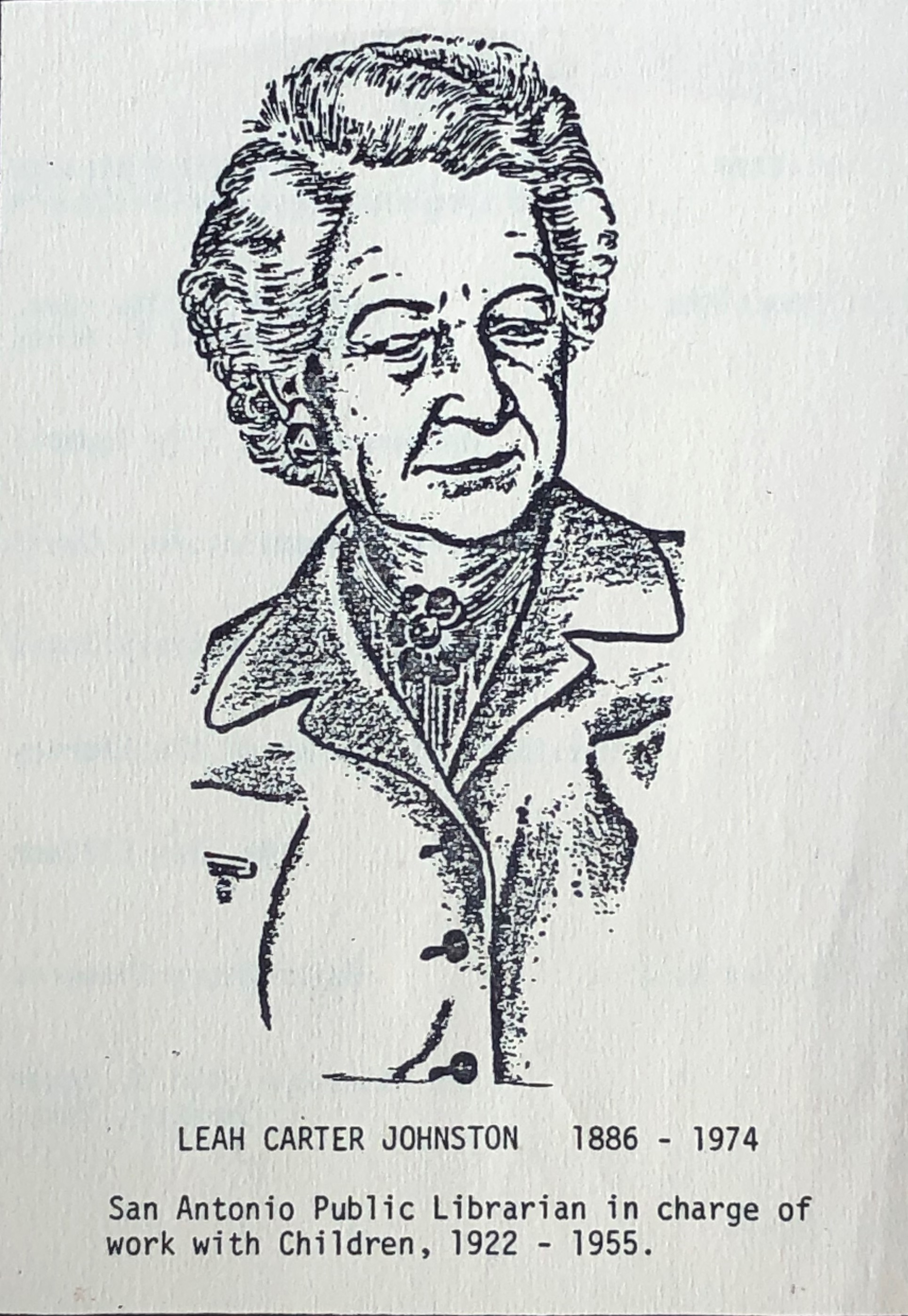 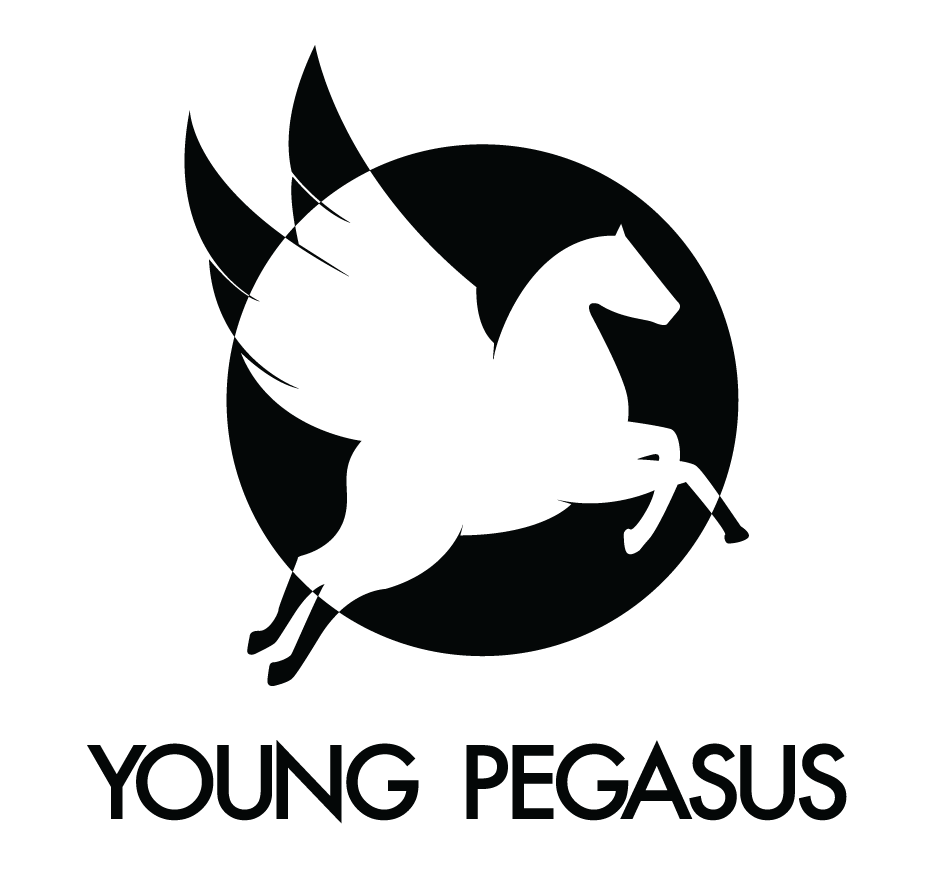 For more than 90 years, the San Antonio Public Library has celebrated the talents of the city’s young writers with the Young Pegasus Poetry Competition, founded by Johnston Branch Library's namesake, Leah Carter Johnston, in 1927.

Open to poets 18 and under, the Young Pegasus Poetry Competition invites poets to submit their work, which is then reviewed by a panel of independent judges. The judges do not select a set number of winners. Instead, any poem submitted that is deemed worthy of publication is printed in the annual Young Pegasus Anthology.

Johnston Branch Library is dedicated to the memory of Leah Carter Johnston, San Antonio Public Library’s first Children’s Librarian. Mrs. Johnston established the Children’s Department in 1922, and she served as Children’s Librarian until 1955. In 1927, she created the first children’s poetry competition in the United TX States. Known as "Young Pegasus," this contest continues to inspire and encourage children to use words to express their dreams and make books of their own. Mrs. Johnston was also an author and a reviewer of children’s books for Horn Book Magazine and the Texas Library Journal. In 1947, she published a children’s local history, San Antonio- St. Anthony's Town, which remains a part of the library collection today. After retirement from the library system, Mrs. Johnston and 12 friends organized the Friends of the San Antonio Public Library in 1964. 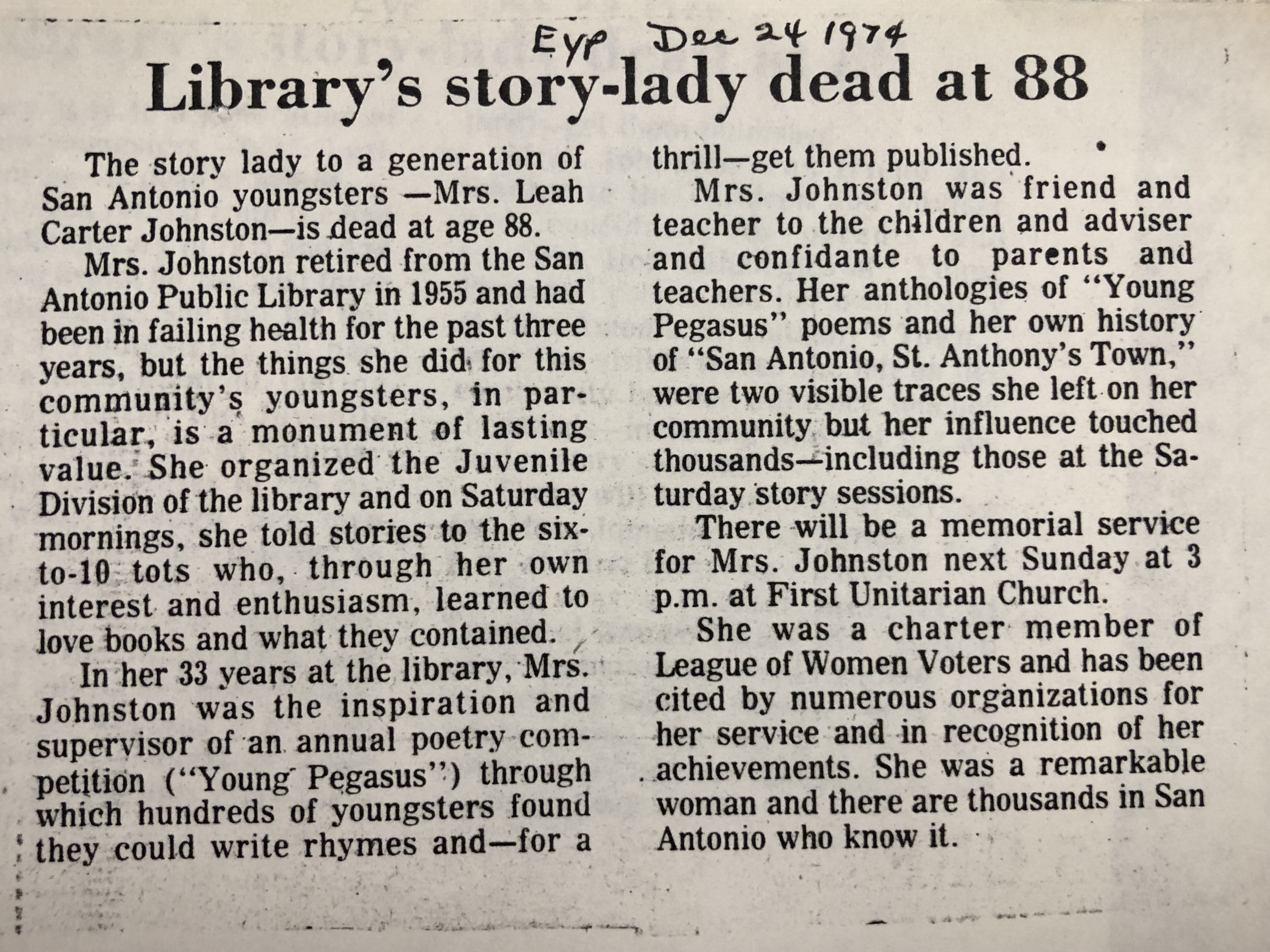 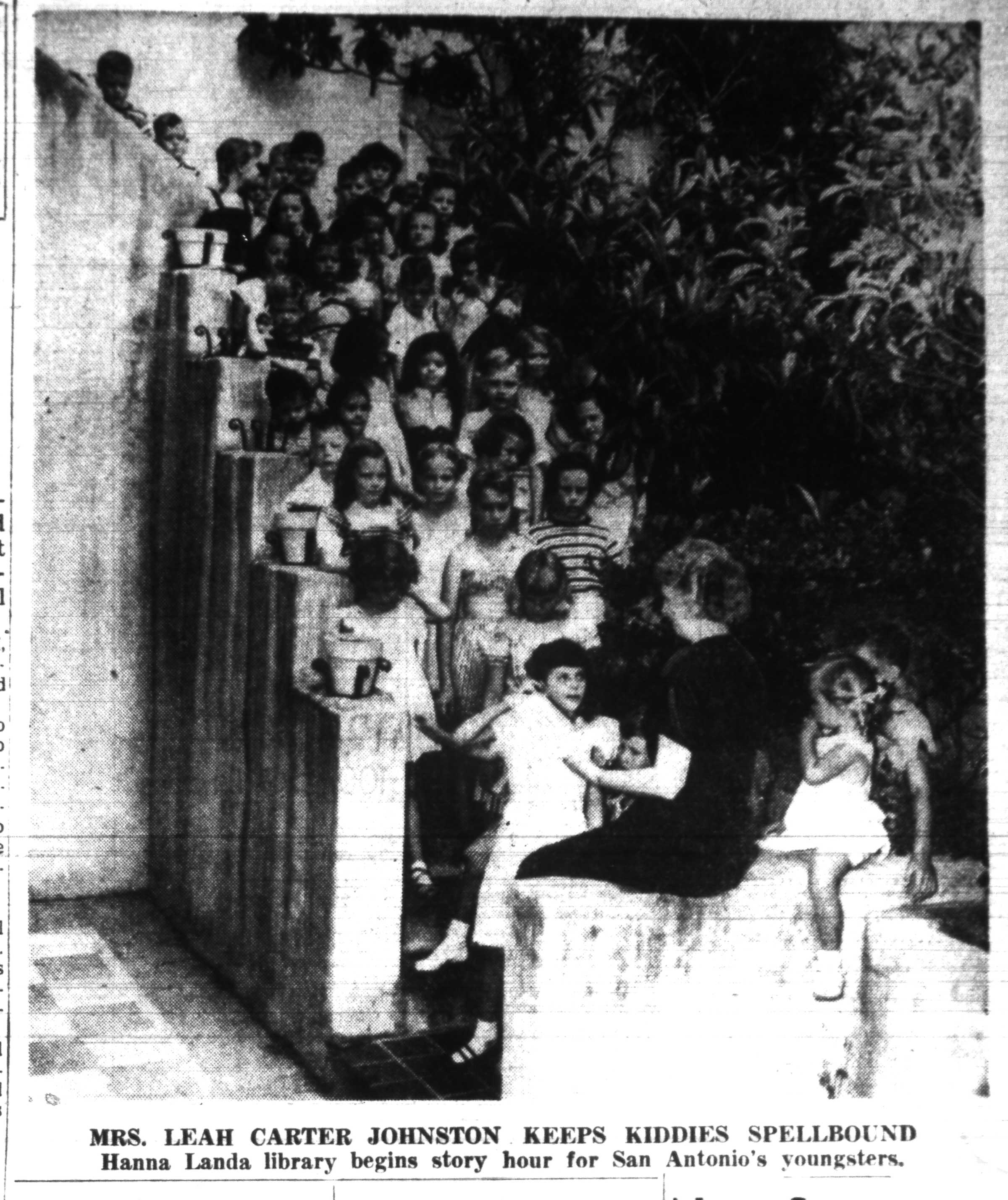 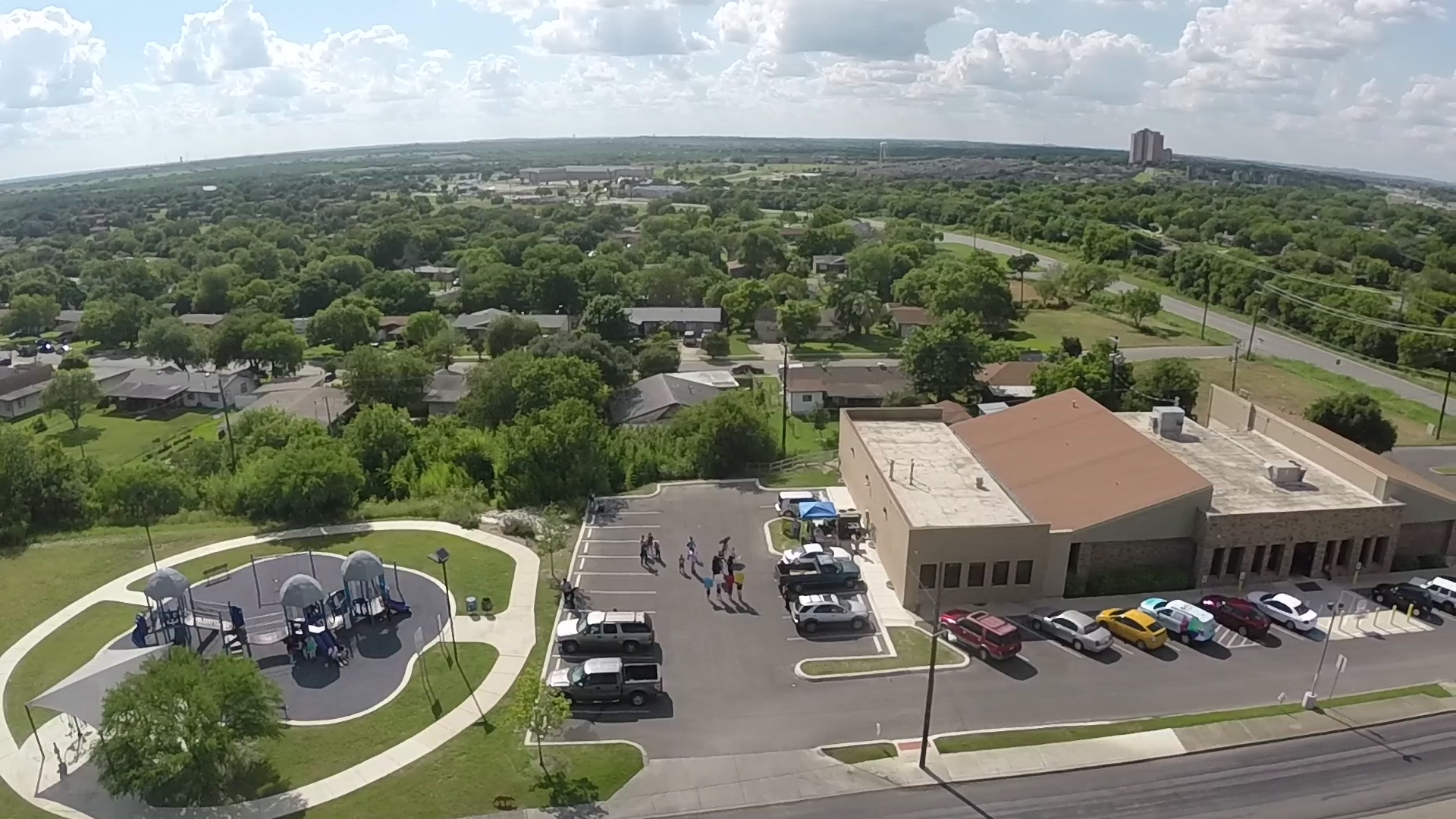 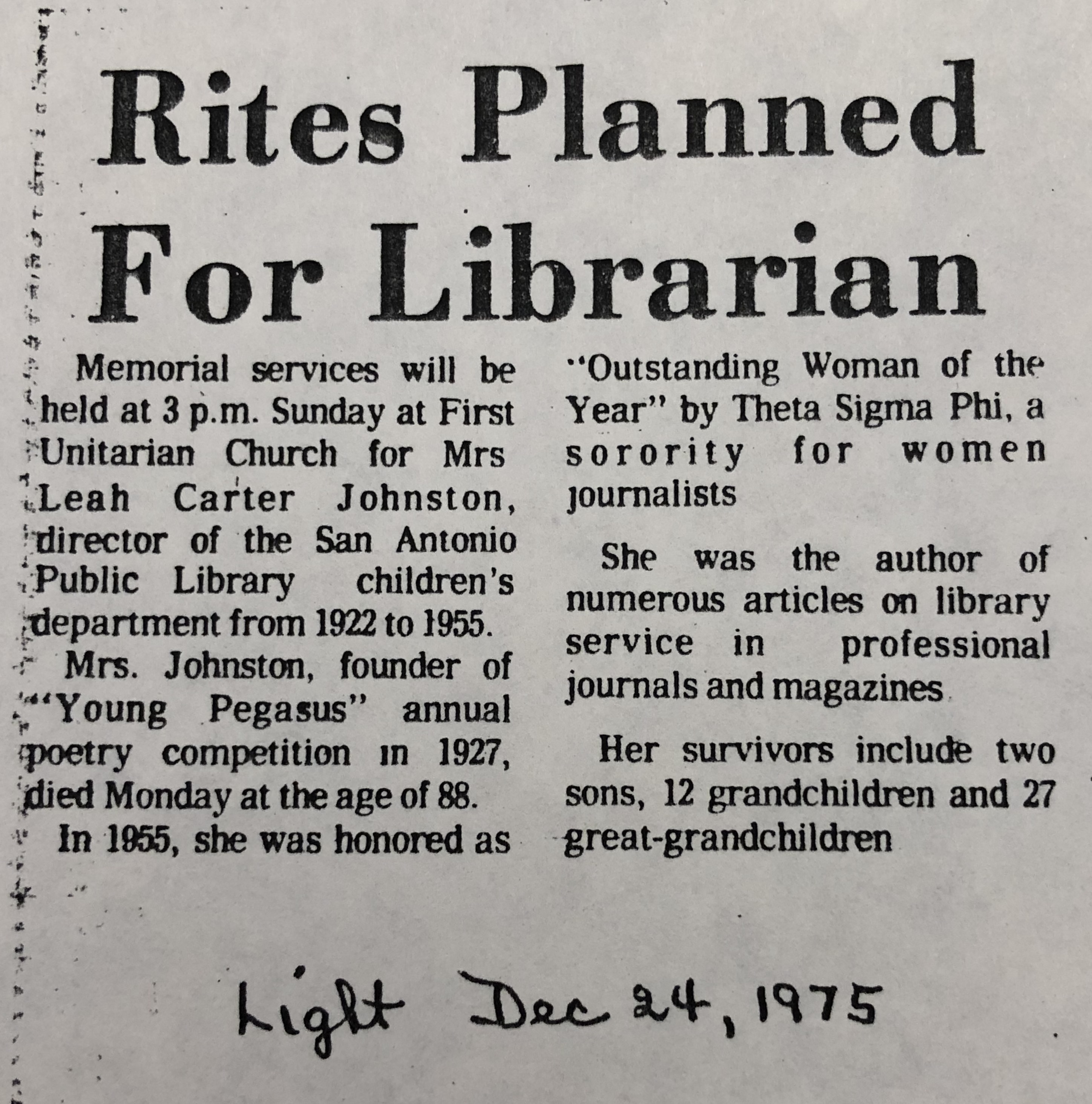 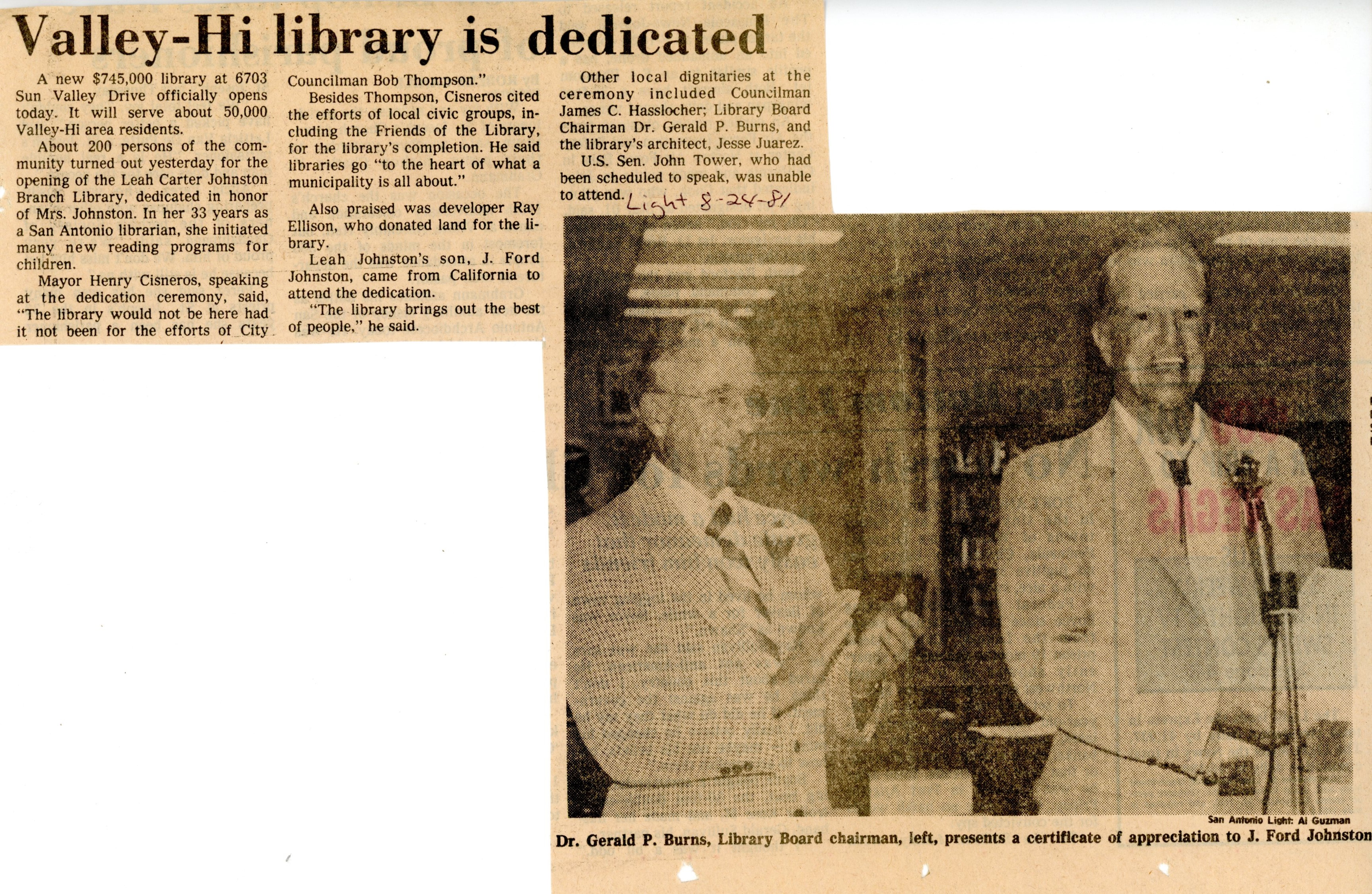 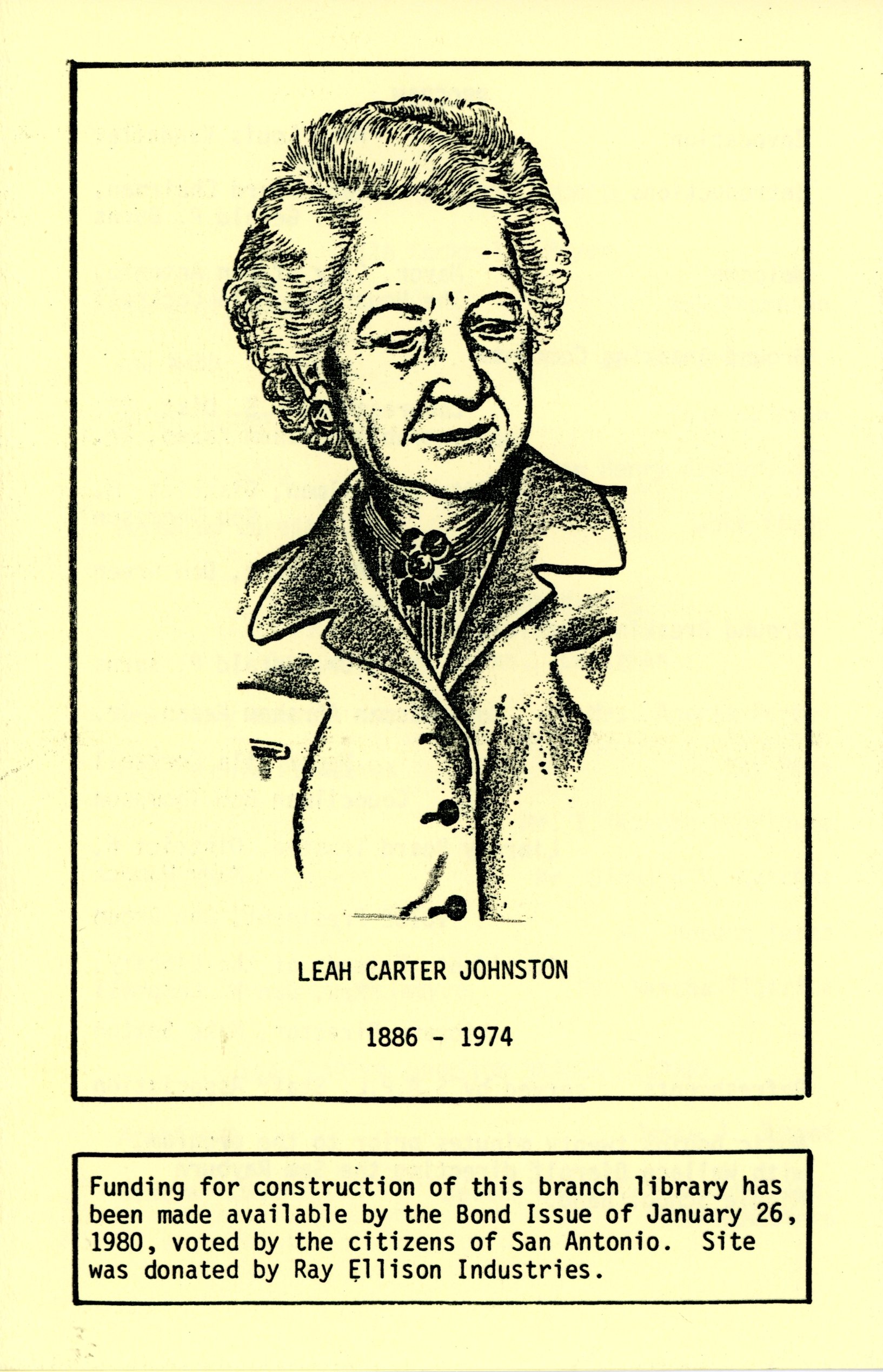 Acknowledgments for funding and land donation 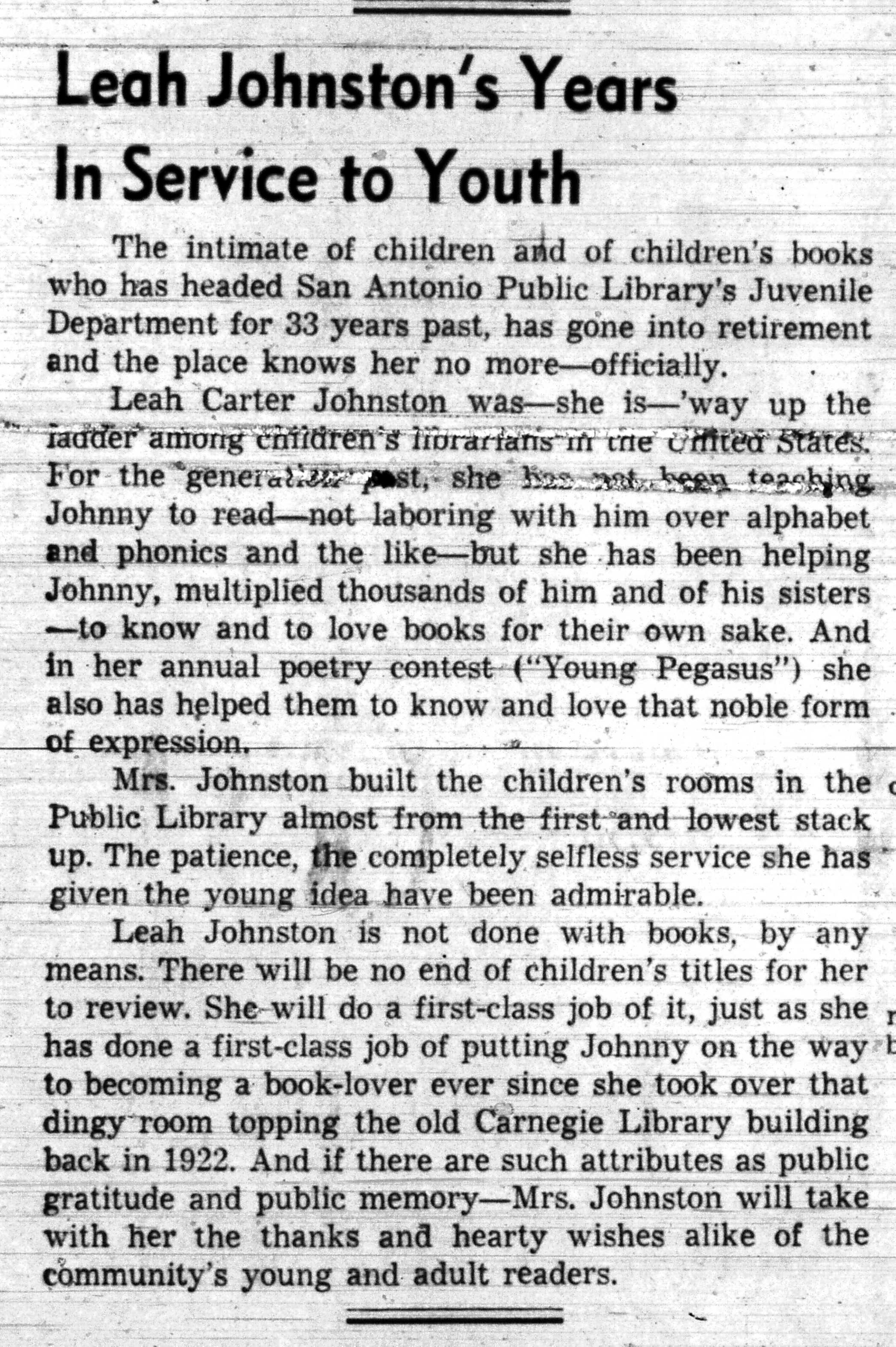 Editorial from the SA Express on November 2, 1955 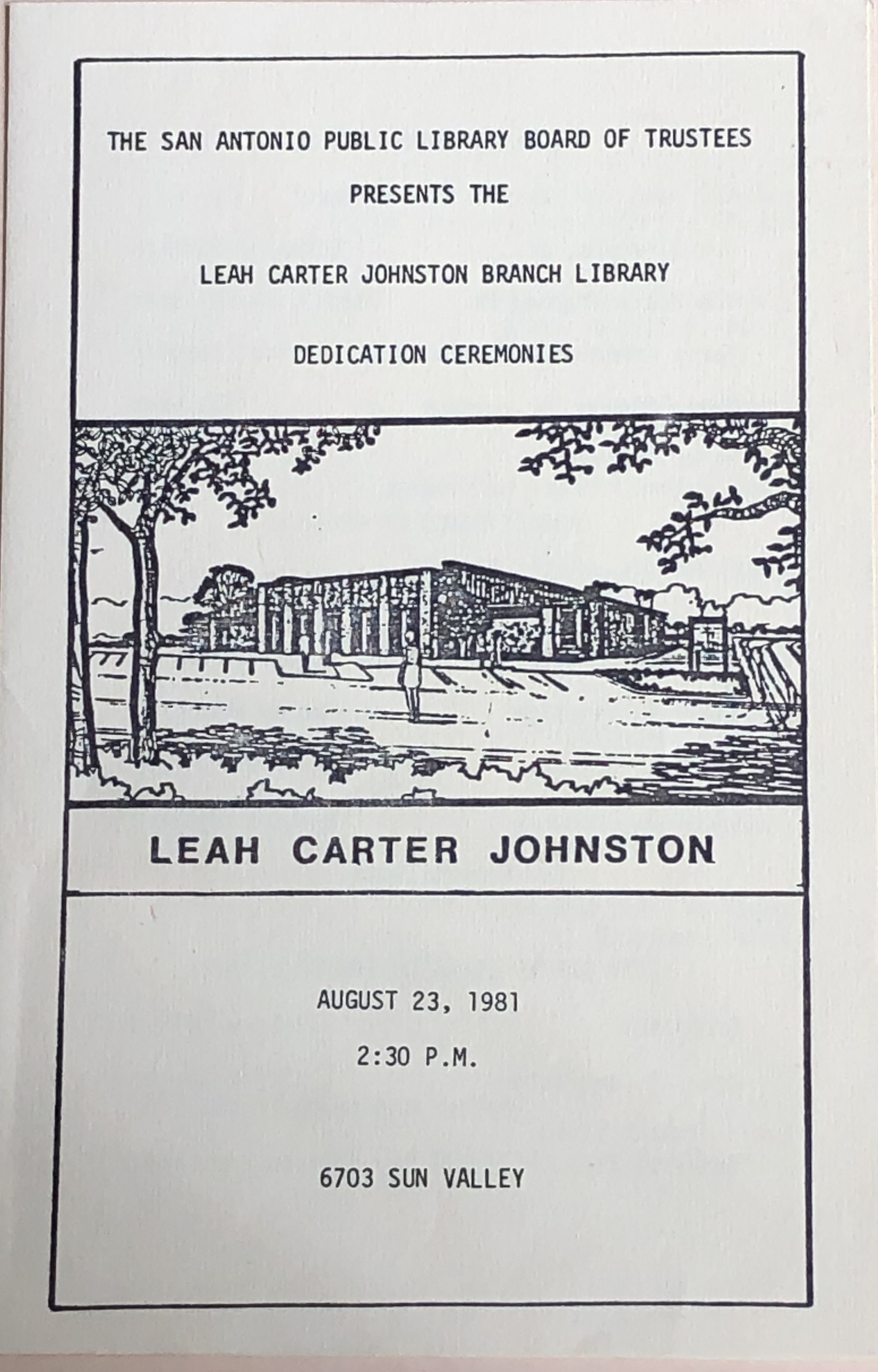 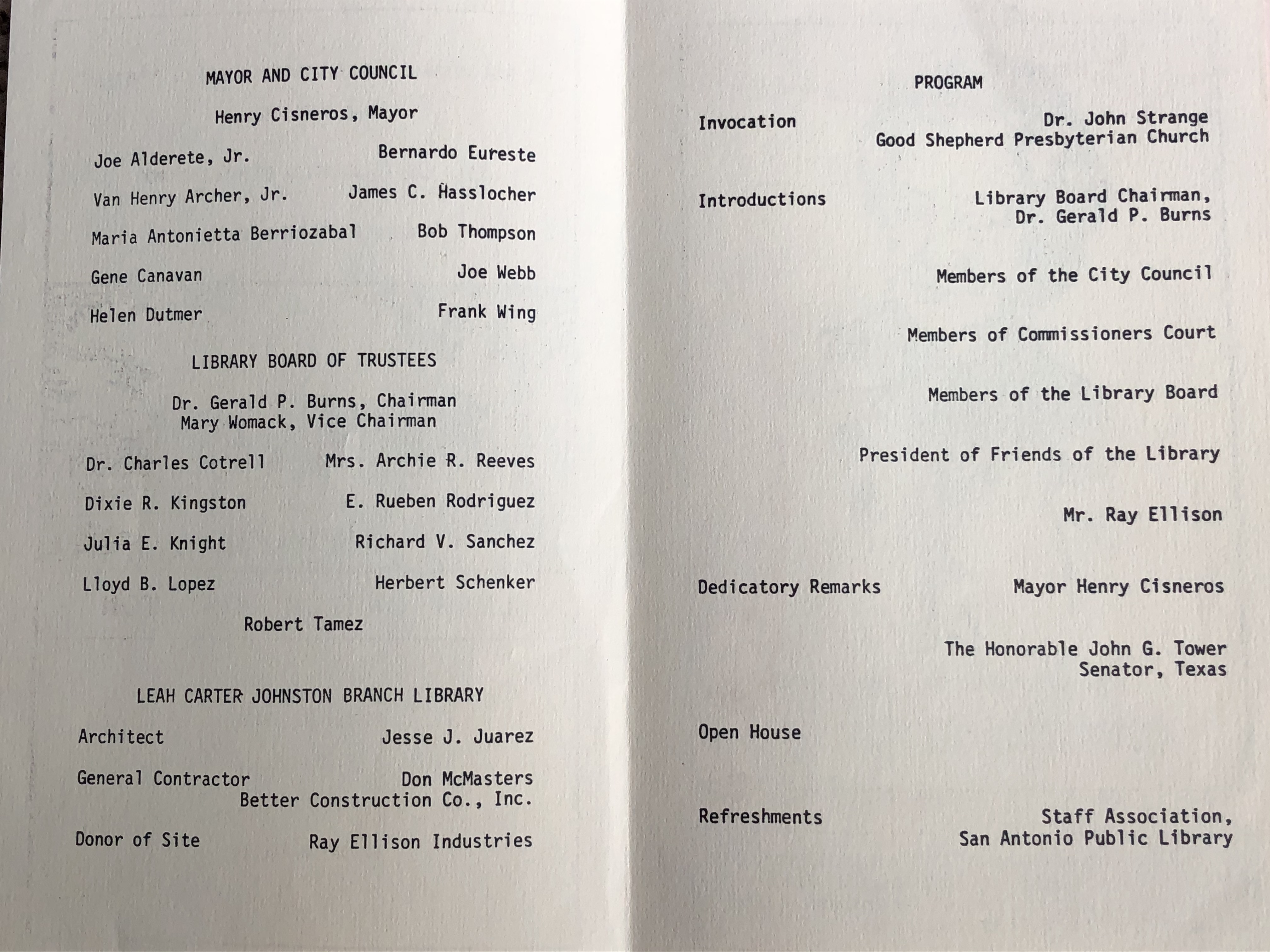 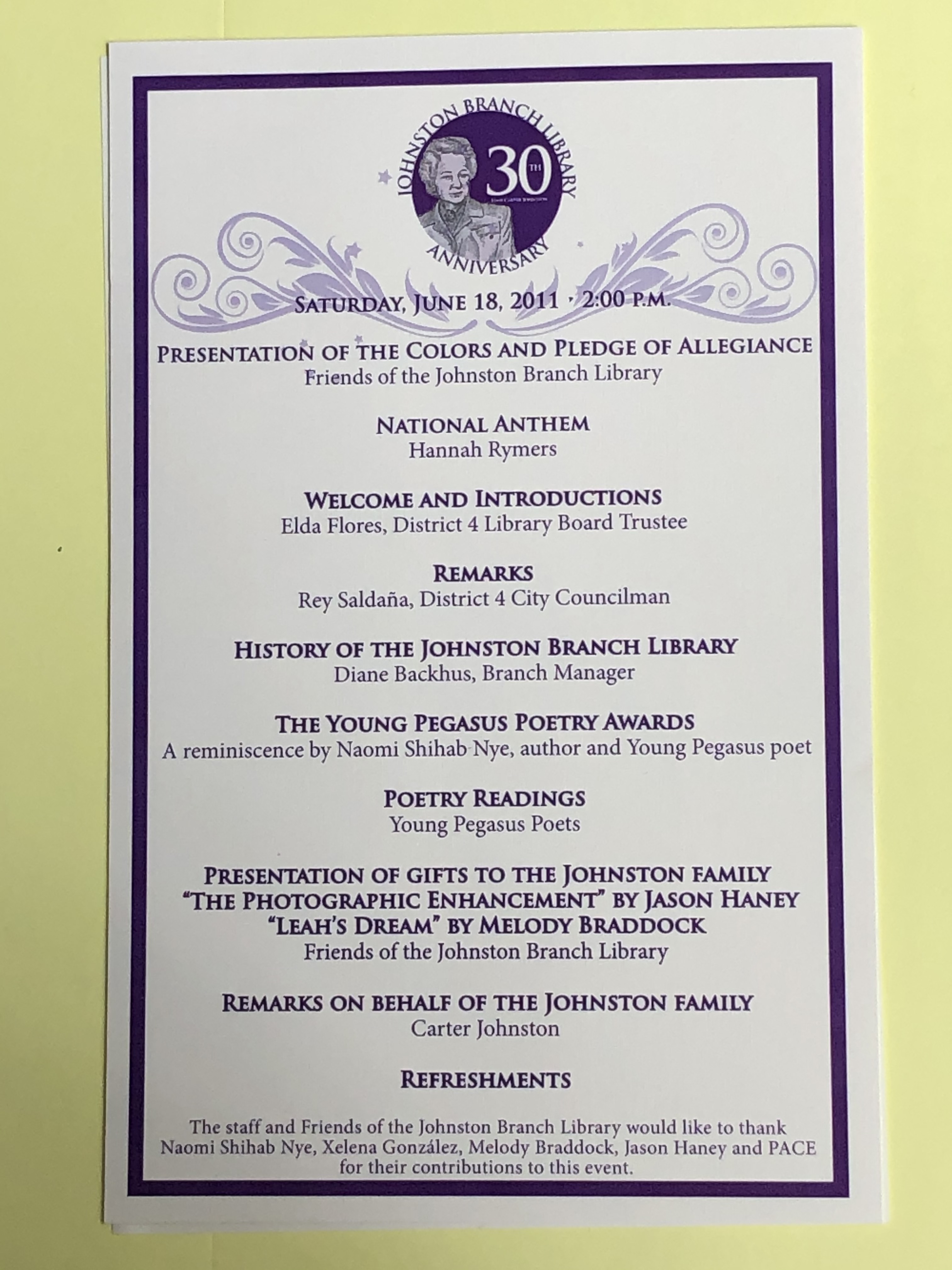 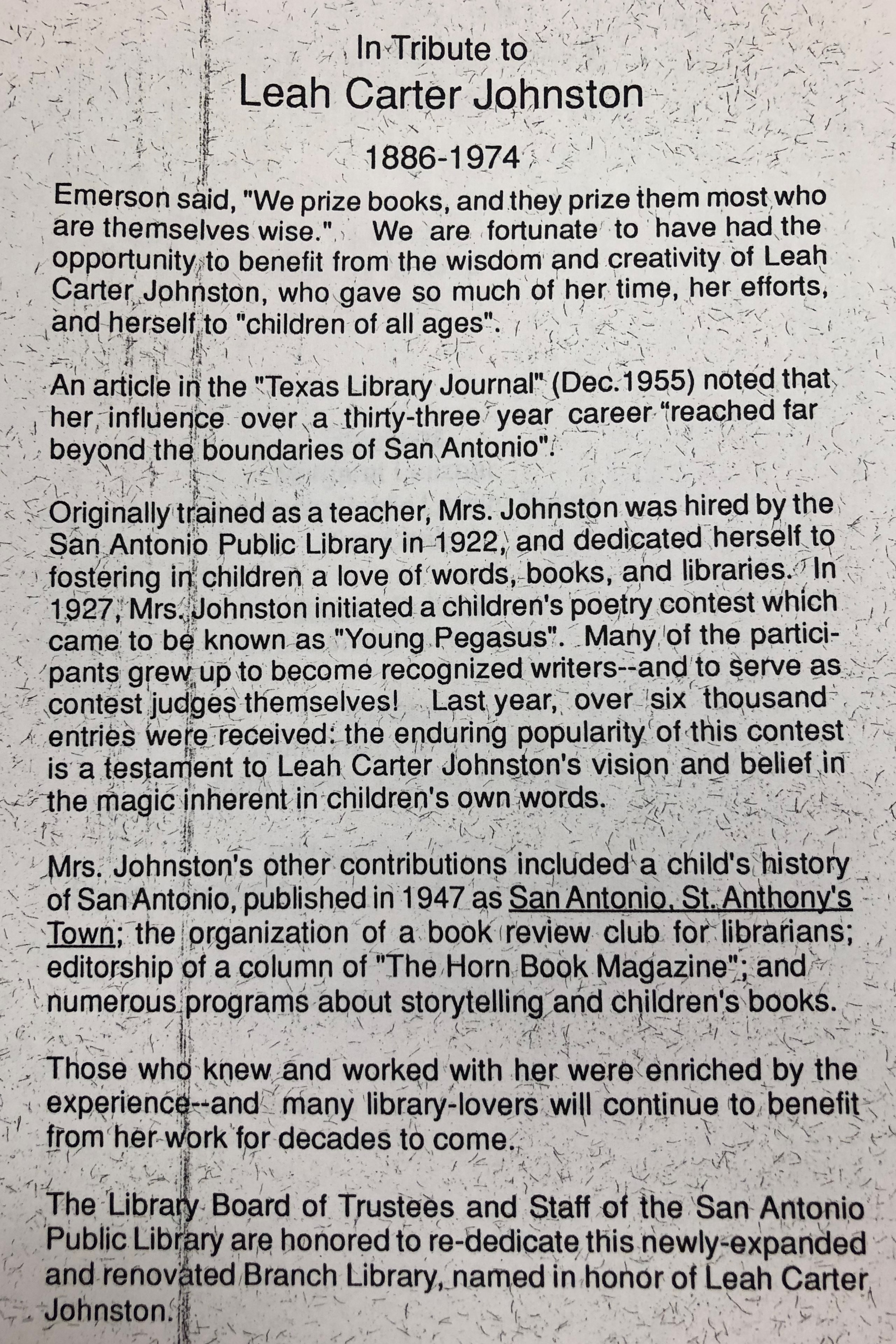 A Tribute to Leah Johnston 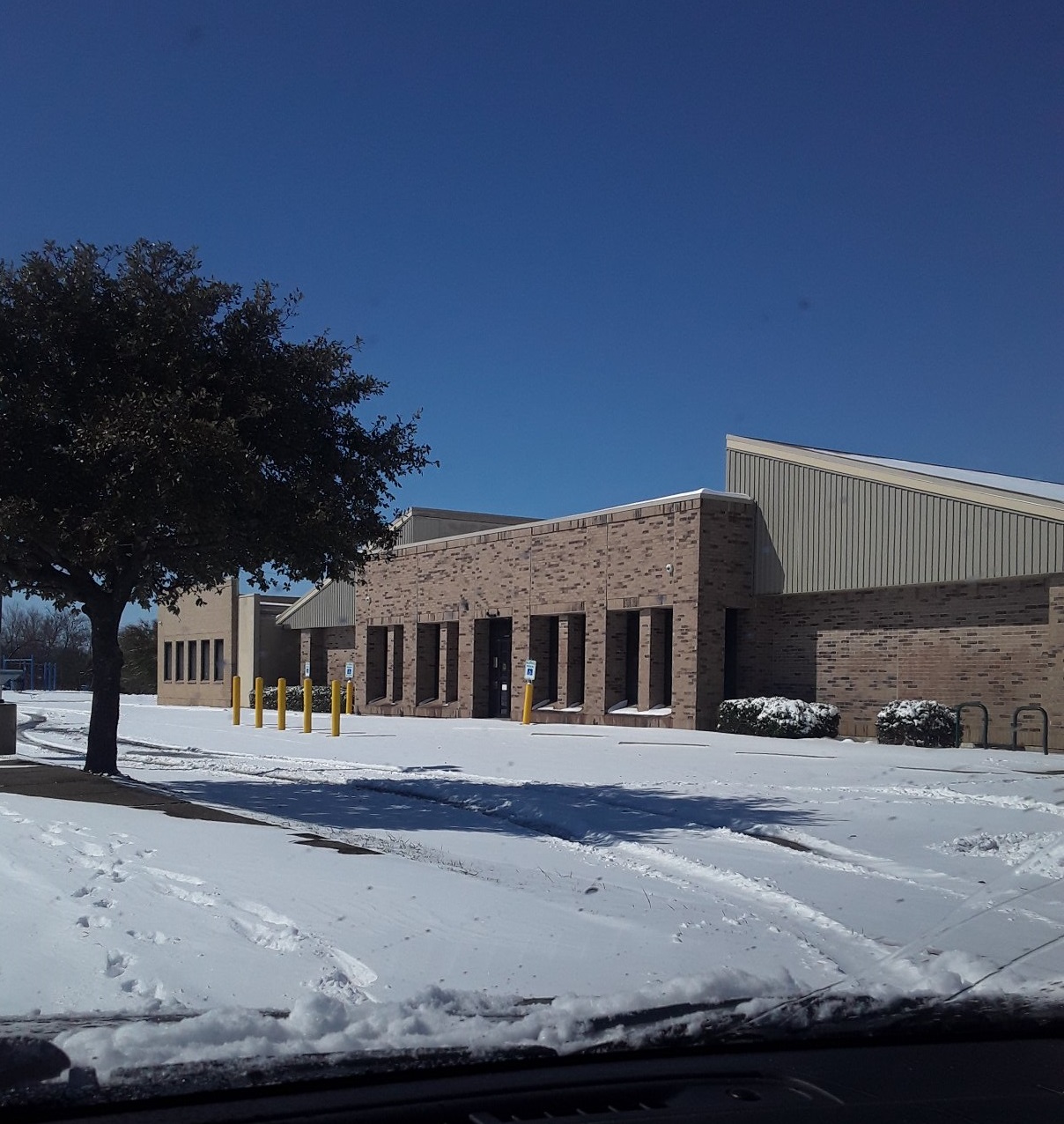