Skip to Main Content
It looks like you're using Internet Explorer 11 or older. This website works best with modern browsers such as the latest versions of Chrome, Firefox, Safari, and Edge. If you continue with this browser, you may see unexpected results.

Harry Landa published his autobiography, As I Remember, in 1945. Below is an excerpt from his book about how he met and married Hannah Mansfeld.

In 1909 when the St. Anthony Hotel was completed, my mother and I were the first guests to secure accommodations. We were given a suite of two rooms on the second floor, Numbers 224 and 226. They were very comfortable, facing south and east. After my mother’s passing I kept the apartment, and when I was married in 1913, of course, Mrs. Landa and I continued to occupy the suite until 1916 when we were ousted by the military and high rates.

Then one day at the St. Anthony Hotel, I noticed the finest looking gal I ever saw, a tall, graceful brunette, walking down Peacock Alley. The very moment I laid my eyes on her – I thinks I to myself – that’s the gal for me, I’m going to marry her. And, I did! I made inquiry and learned that she was Miss Hannah Mansfeld of Tucson, Arizona, daughter of Jacob and Eva Mansfeld. She had come to Texas to visit her school friend, Mrs. Col. Drake, stationed at Fort Clark, and was in San Antonio for a few days on a shopping tour. I also learned that she was about to become engaged to a young major at Fort Clark. I made several attempts to meet her, but they were all in vain. Finally, I asked Tommy Code, night clerk at the hotel, and formerly my messenger boy at New Braunfels, to introduce me. He replied that I did not want to meet such an extravagant girl; that he had just paid a bill for her two pairs of shoes costing $30.00. I told him that was just the kind of gal I was looking for, nevertheless I could not meet her.

Then one evening when I came in from New Braunfels, feeling pretty tired and low, Tommy told me that they were going to have a dance that night, and they were terribly short of men, insisting that I help make up the shortage. I declined, but, after promising to introduce me to Miss Mansfeld, I told him I would be right down. So, upstairs I went, and hurriedly dressed for the dance, putting on my tails, which were the popular evening wear in those days (before the day of the tuxedo).

When I reached the lobby I met two girl friends of mine, the Misses Laura and Louise Gerard, daughters of the Post Surgeon of Fort Sam Houston. They told me they had come to join their friend, Miss Mansfeld, at the dance, and I remarked, “Well, I am in the right pew this time!” So, I was finally introduced to her. We were good dancers and I lost no time dancing with her.

I told her that I lived in San Antonio and was a floorwalker at Joske Brothers Store. After the dance I did what was expected in those days. I took the girls for late supper, previously prepared. When we reached the second bottle of champagne, Miss Mansfeld leaned over to Laura Gerard and whispered, “Can he afford it?” She consented to my calling on her the next morning, and I arrived in my car, with my sister, Mrs. Price, as chaperon. I proposed that we go for a drive in the country. We drove to New Braunfels, where we spent a pleasant time on the Estate, and then to the old home for dinner. Of course, by that time she had discovered my joke about being a floor-walker!

After her visit to San Antonio, I followed her to Fort Clark. While there her supposed fiancé called at the Drakes, where I was stopping. He carried a box of chocolates under his arm, which he had received from his home in Vermont. After passing the candy around, he placed the lid on the box and put it on the mantel. After a very tiresome evening, he took his leave, bearing the remaining chocolates under his arm.

Thinks I to myself – a gal wearing such fine clothes and $15.00 shoes surely would not marry a stingy bloak like that! Then I immediately got busy. After pressing my suit most vigorously, we became engaged. She returned to Arizona. In spite of her mother’s protest – (that she did not want her daughter to marry a Texas rancher and have to pioneer the way she did in immigrating to Arizona in 1875) after meeting me, she changed her mind, ha! Ha! During my first visit to Tucson, after becoming engaged, I was domiciled in the family home known as “The Owls,” a home of culture and refinement, filled with beautiful works of art. Mrs. Mansfeld reminded me very much of my mother and after meeting her, the loss of my mother was tempered by the acquisition of another mother of the same type and noble character. We were married in Tucson, Arizona, on Saint Patrick’s Day, March 17, 1913. Rabbi Martin Zielanka, performing the ceremony, incorporated in the services my favorite lines from the Songs of Hiawatha,

As unto the bow, the cord is,

So unto the man is woman,

Though she bends him,

Though she draws him,

Useless one without the other. 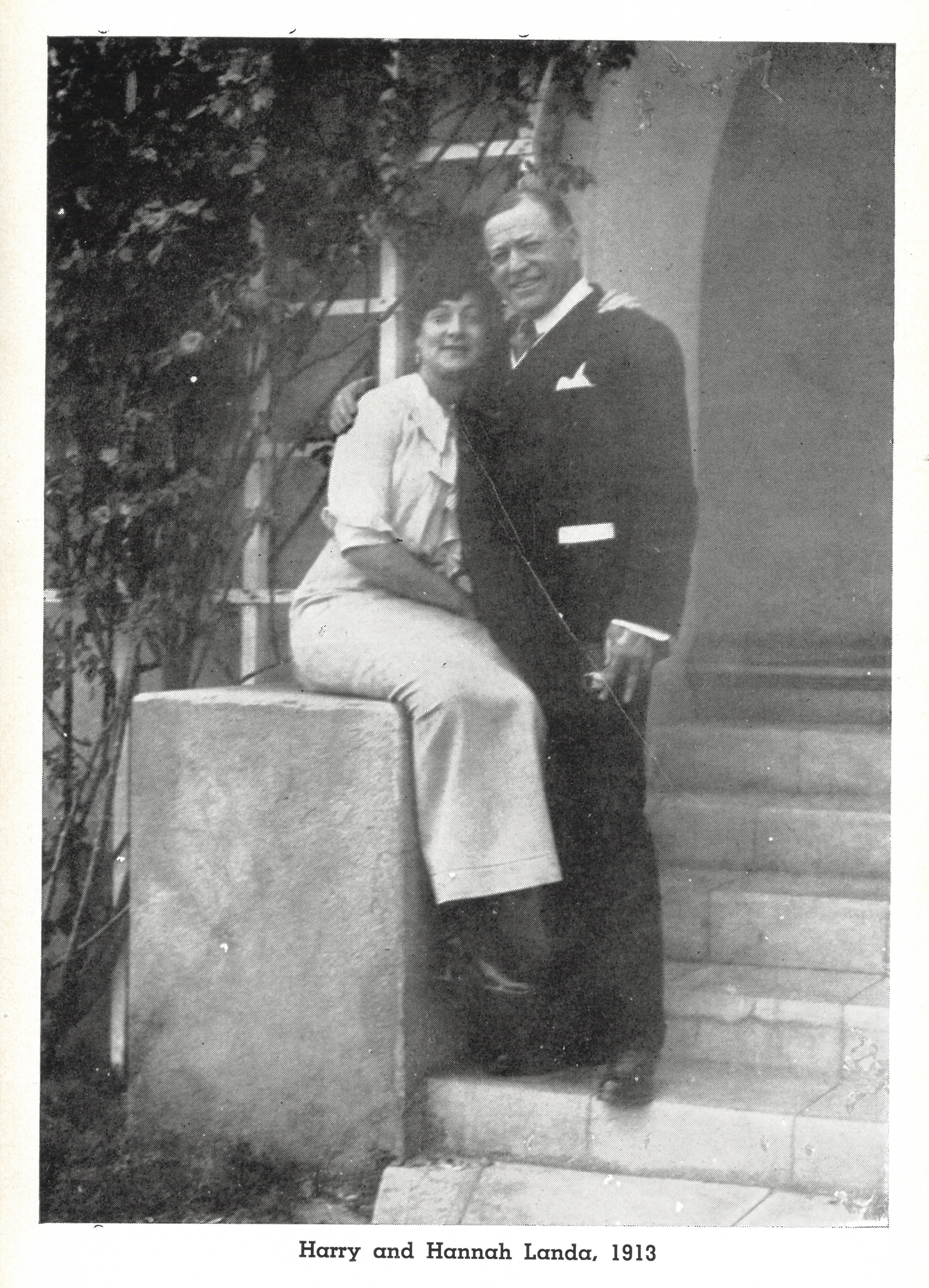 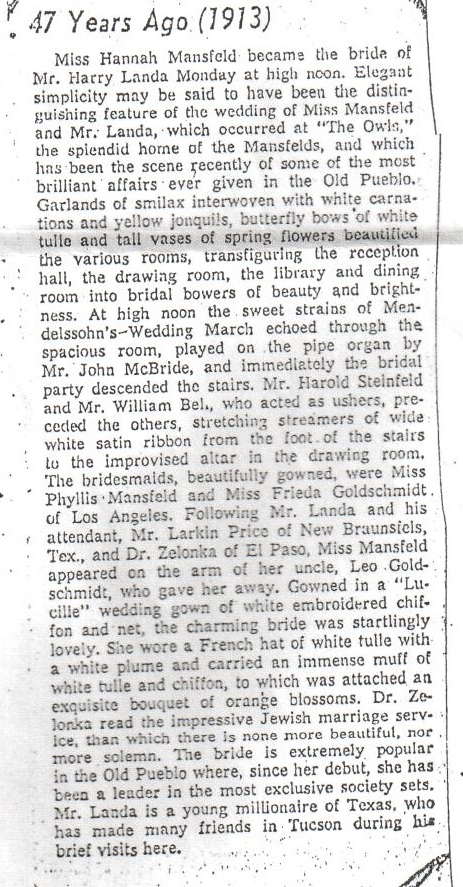 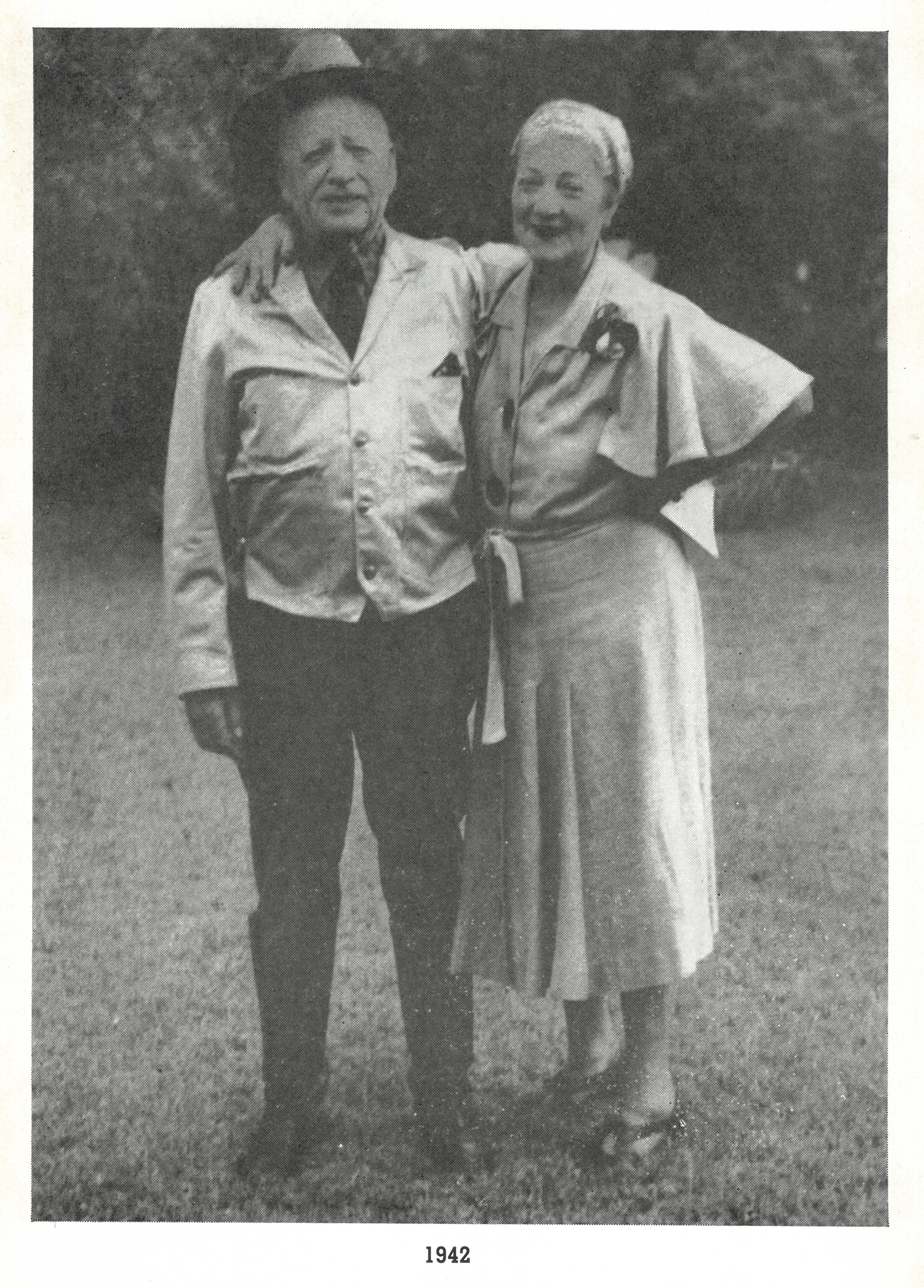 The Death of The Landas

Mrs. Hannah Landa passed away on October 26, 1942, from complications of pneumonia. 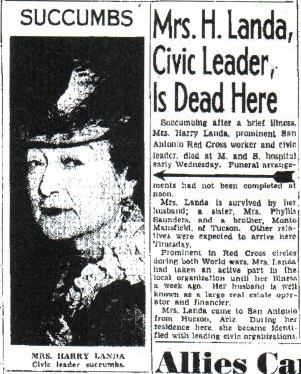 She and Mr. Landa had no children. He could not live in the house without her. Harry told The San Antonio Light (1946):

Somehow I could never bring myself to sell this home. I wanted to give it to a non-sectarian organization to be used for good purpose, something everyone could enjoy and appreciate.

With a little encouragement from Rabbi David Jacobson (of Temple Beth-El) and his wife, Helen Jacobson (member of the Library Board), Harry donated their home at 233 Bushnell to the City of San Antonio in honor of Mrs. Hannah Mansfeld Landa.

Mr. Harry Landa passed away December 12, 1951. He had suffered a stroke in 1948, after which he had been in a semi-conscious state.

News of his passing ran from Abilene to Corsicana and Kerrville. 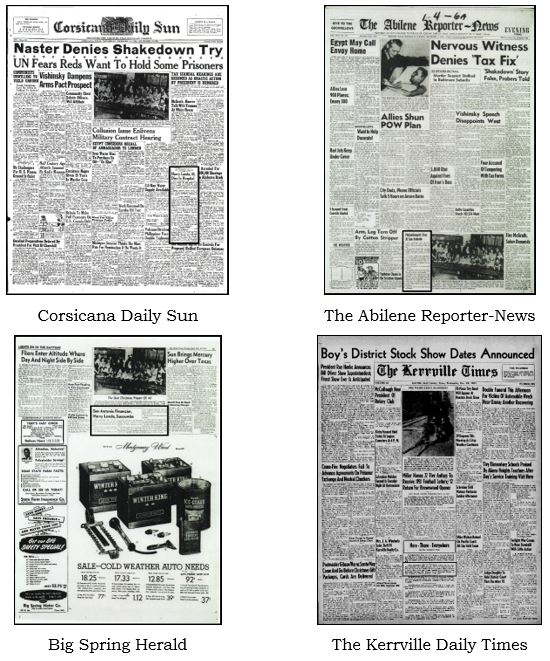 Hannah and Harry Landa are buried in the Temple Beth-El Cemetery in the Landa mausoleum. 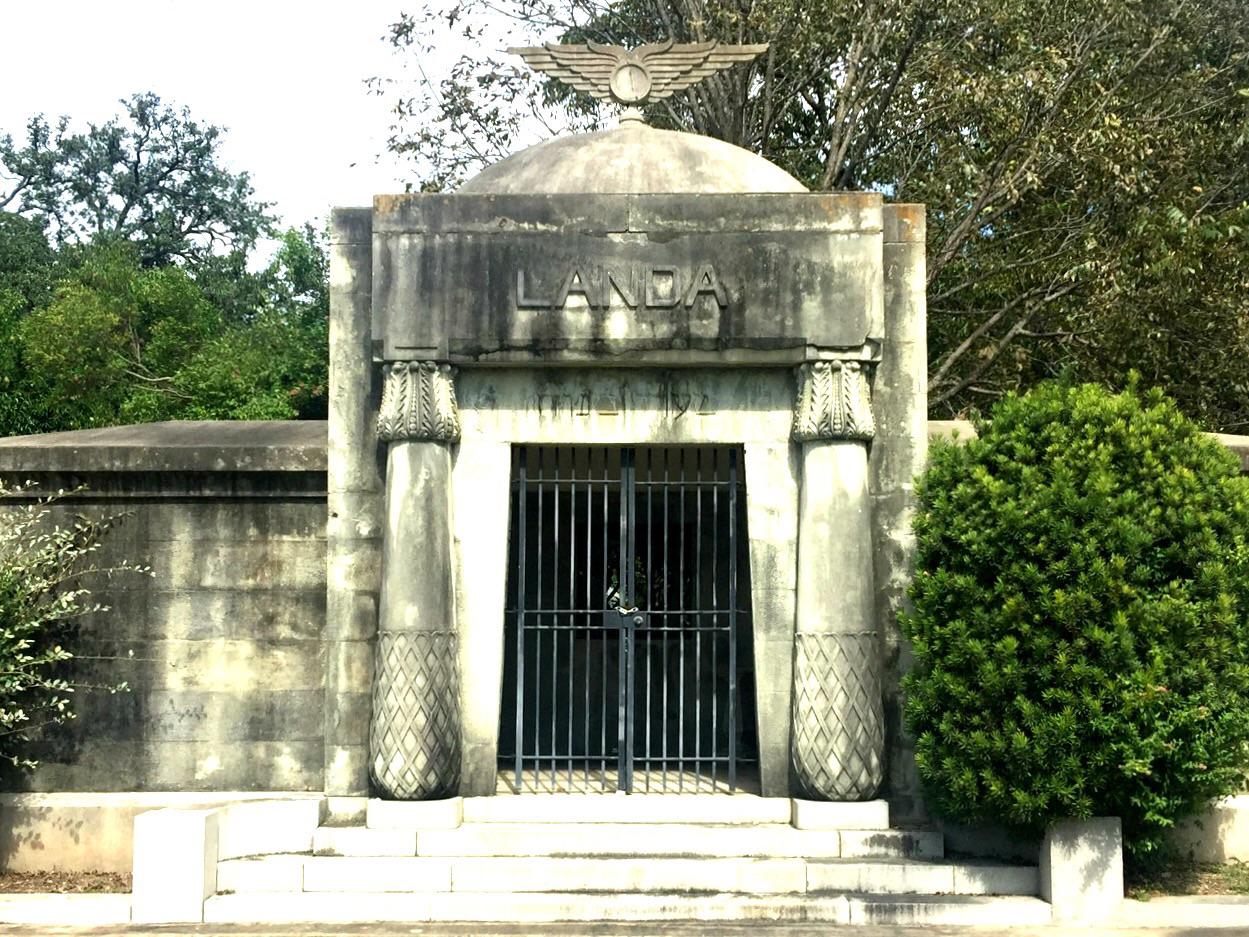